During one of our first rainy-sick days last week, we all worked on making a color game for Cora. We had just re-discovered Owen’s Follow-the-Path Game for beginning sounds, so I thought we’d create a special one for Cora. 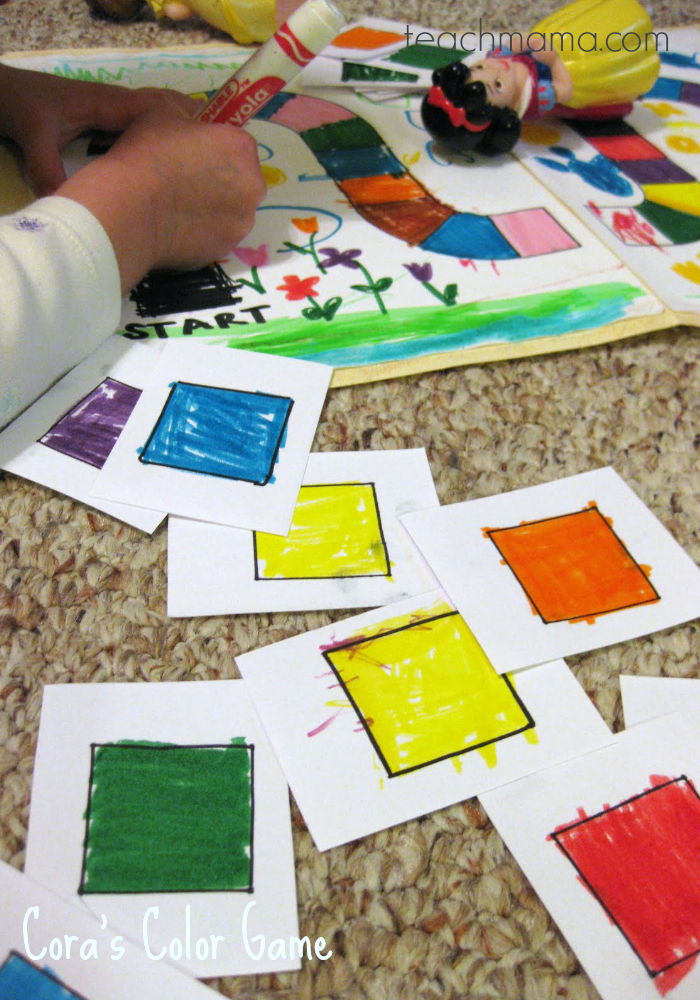 Goodness knows we had the time. . .

All I did was print out two U-shaped boards from Bear’s Words Their Way (2004). I used the U-shaped board 1 and U-Shaped board 2 if you’d like them. They’re blank, so the game possibilities are endless. . .

Next, I glued each board to the inside of a manila folder, and we got to work! I tried to spread out the colors throughout the board, but in the end, it didn’t really matter.

While Maddy and Cora were working on the board, Owen and I colored the little squares. I cut two pieces of white card stock into rectangles then traced a small black square on each. Then we made sure that we used the same colors that were going on the board and did our best to stay in the lines. 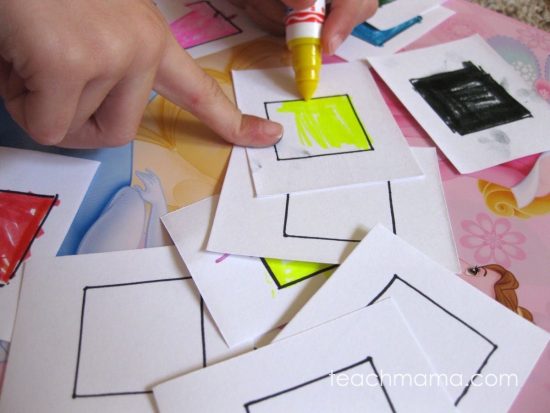 They may look like Candy Land cards, but they’re made by us, making them
much more cool (at least we think so). 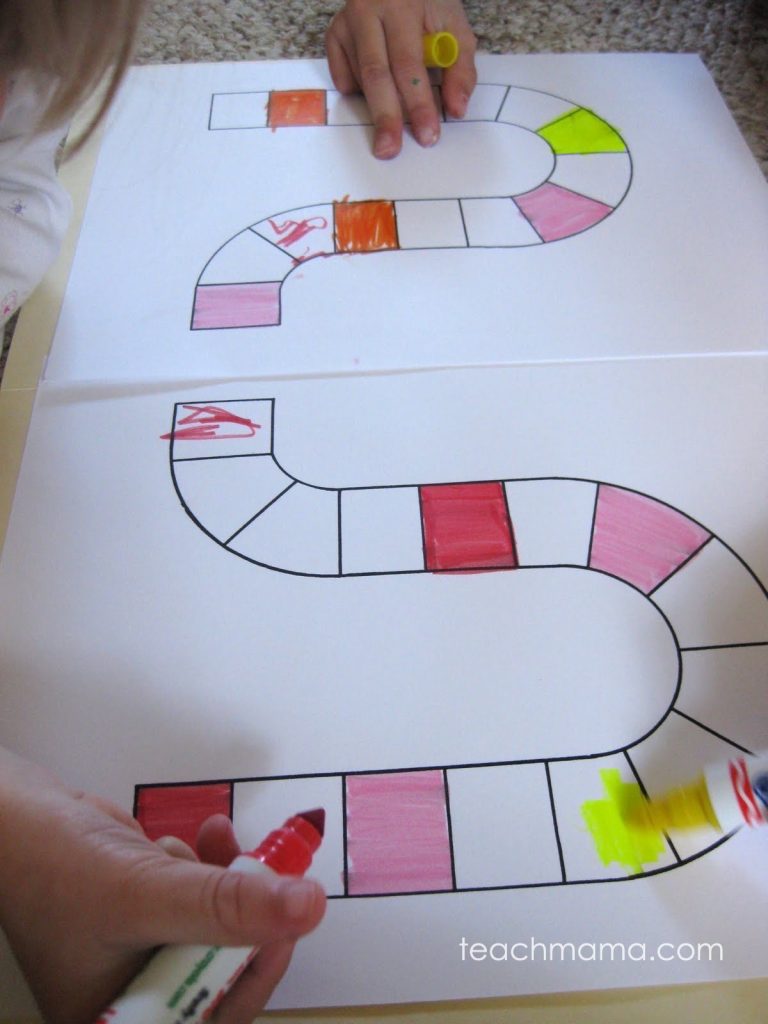 After the squares were all filled in, we beautified.

We added sparkles, birds, flowers, grass, the sun, and anything else we could think of.

Then we let it dry. 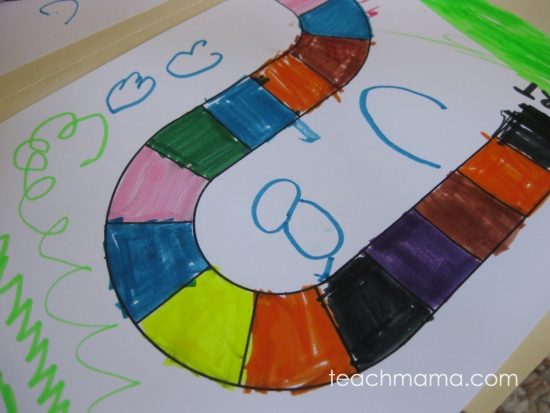 The game board is almost ready.

Each player flipped a card, called out the color on the card, and then moved his or her doll to that color on the board.

The game literally takes ten seconds to play–perfect for a 2-year-old’s attention span–but it was fun because it was especially for Cora. 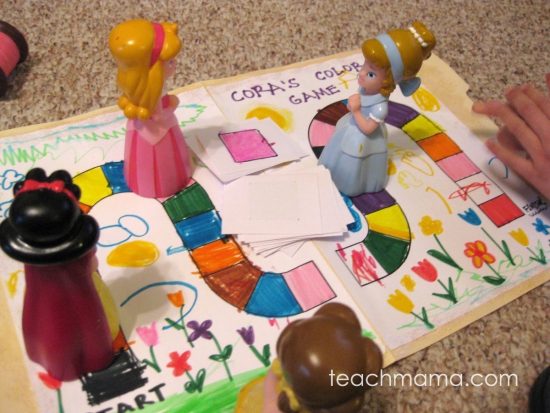 We played a few times, until the dolls wanted to go visit Golden and Guinea or until someone wanted a snack. I can’t remember now what broke up the game, but I do know that Cora was calling out,

Pink! I loooove pink!
Ooooh, I got a yellow!
Mommy, go to green!
Purple! Owen, you have purple!

Just a little bit of secret learning and a whole lot of playing.

Our next game?: The Letters of Cora’s Name Game. Can’t wait!

Thanks again to Words Their Way (2004) for providing the awesome blank game boards. If you come up with a cool one for your crew, let me know!