how to talk to kids about alcohol and underage drinking 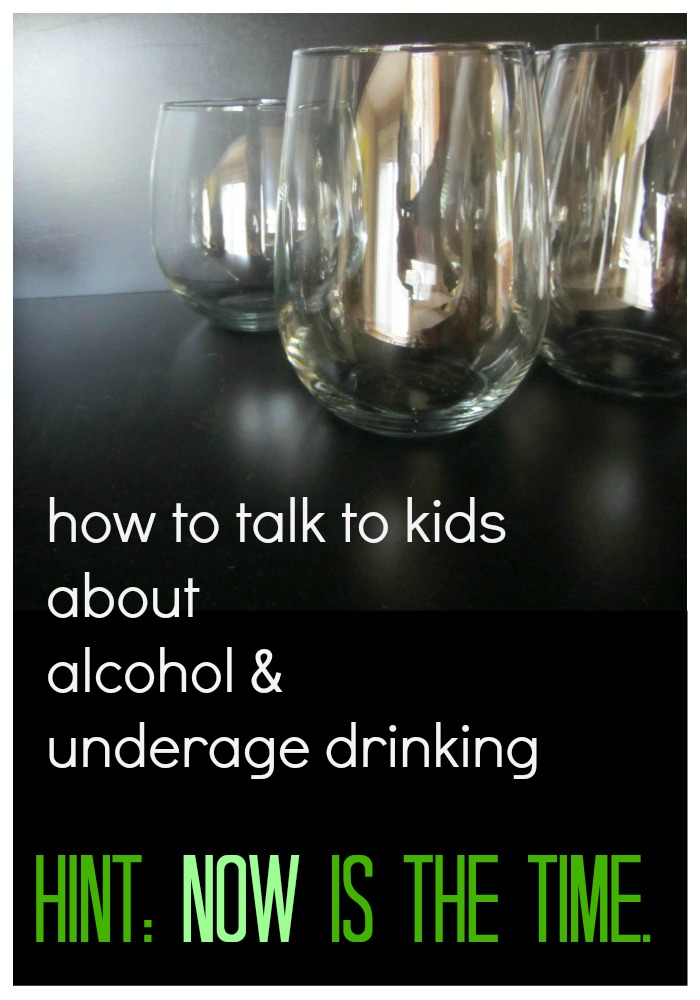 My kids are not babies anymore, and I often have to remind myself of that.

I started this blog way when Cora was 1, Owen was 3, and Maddy was 5. It’s nuts.  Did I ever think I’d be writing a post about how to talk to kids about alcohol and underage drinking? Nope.

Back then I wrote regularly about ABC’s, 123’s, and fine motor skills.  We focused on concepts of print, local business tours, standing up for themselves and the always important rest time.

Now, we’re still exploring ways of incorporating learning in our every day–it’s just that what once was a long day together is now a short time after school, evenings, and weekends.  And you better believe I’m doing what I can to make the most of that precious time.

Because it goes by way too quickly.

In that short time we’re doing what we can to relax, have fun, learn a little, and cover some important concepts.  Like bullying and tragedy and online safety and disaster.

And one area in which we have only scratched the surface on but that I recently learned that we need to cover early–and often? Alcohol and underage drinking.

Ugh. I know. Right? Aren’t they too young? Not really, no.  We really should start now.  Believe it. 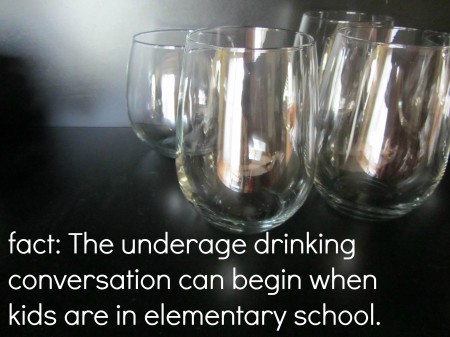 The information he provided was interesting and somewhat surprising.

Some important points from the Q & A: 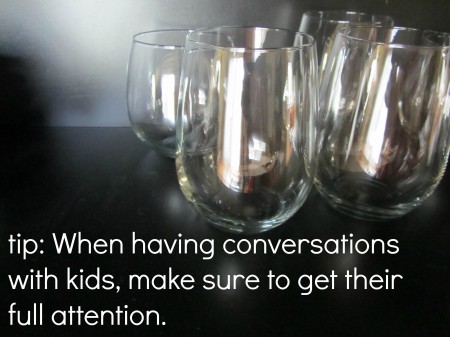 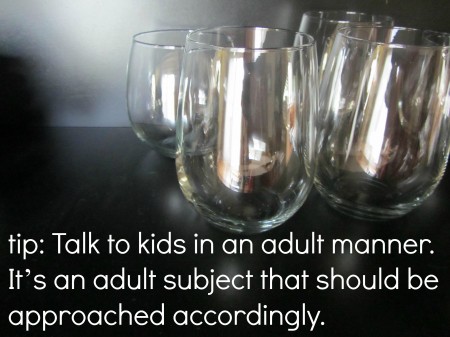 Here are some interesting and worthwhile facts from the discussion: 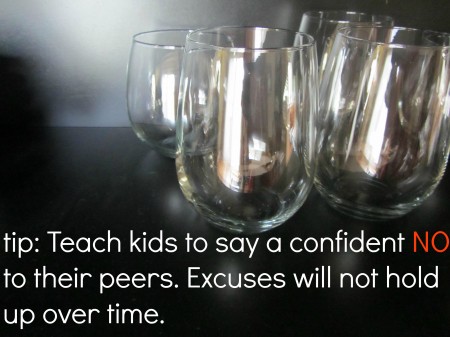 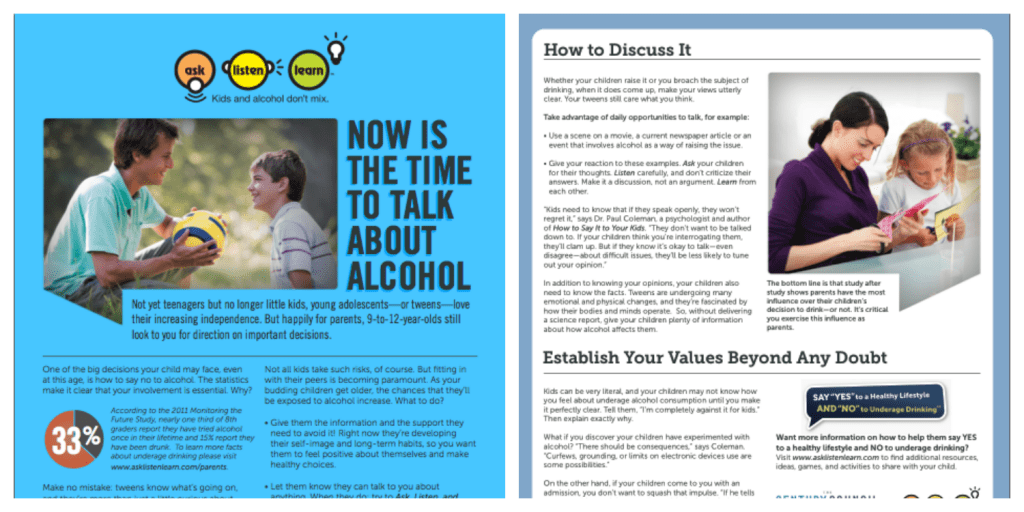 the Ask, Listen, and Learn site is packed full of resources

What have we done as a family so far in the way of having this discussion?  Only what we believe is age-appropriate for our Maddy, Owen, and Cora and what has come up naturally.  We’ve:

Really, not a whole lot. But our kids are still young, and we’re doing this parenting thing for the first time.  So we’re learning along the way.

My husband and I really enjoy a glass of wine or a drink together.  We always have alcohol in the house and we get together with friends regularly.  What does this mean? It’s all over as our kids move into the teen years?  Nope. But we’ll move more consciously and keep all of these great resources on hand. For sure.

And what I know is that alcohol and underage drinking is a conversation that we will continue frequently and openly from here on out.

In fact, I’ll be tweeting with The Motherhood and The Century Council on Wednesday, April 17th, at 1 pm ET about how to continue the conversation with kids–when, how, and what to say.  The hashtag will be #TalkEarly, and we’ll be covering it all.

fyi: This post is part of a sponsored campaign with The Motherhood and The Century Council. As always, opinions are all my own, influenced only by my three sweets and my experience as a parent and educator.