just 1 book: the house with a clock in its walls

home / Uncategorized / just 1 book: the house with a clock in its walls
83 shares

My good pal, Amy Kraft jumped on board today to write a post for our just 1 book series saying she had the perfect, most spooktacular book for October. Amy is one of the coolest gals I know, so I’m sure this book is worth checking out. . .

Amy Kraft is a kids’ media producer, writer, and game designer living in New York City with her family, and she also writes about children’s media in her blog, Media Macaroni. 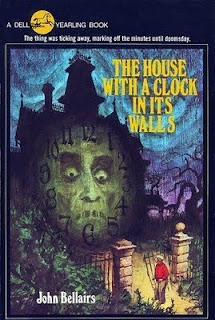 This book was very special to me–it felt like the first book that was mine and no one else’s, as though it was a discovery only I had made. Lewis is kind of an awkward kid, and so was I. It was easy to put myself in his shoes, feeling shivers up my spine as I went on adventures with him.

It’s a scary book, and I felt proud for reading it without getting too scared. Some of the imagery is so haunting (aided by the creepy illustrations by Edward Gorey), that it has always stayed with me, especially this scene where Lewis is trying to raise the dead to impress his new friend, Tarby:

The iron doors jolted, as if they had been struck by a blow from inside. The chain rattled, and there was a clunk on the pavement. The padlock had fallen off. And now, as the boys knelt, terrified, two small spots of freezing gray light appeared. They hovered and danced before the doors of the tomb, which now stood ajar. And something black-blacker than the night, blacker than ink spilled into water-was oozing from the space between the doors.

I mention Harry Potter because when I read Harry Potter and the Sorcerer’s Stone I immediately thought of The House With a Clock in its Walls. I thought of the girl I was when I read it, knowing that Harry Potter would have delivered a very similar punch. For all the kids that will eventually name Harry Potter as their 1 book, I hope they discover John Bellairs somewhere along the way. I can’t wait to introduce them both to my kids when they get just a little bit older.

Now not only am I a parent, but I work in children’s media as well, designing and producing games and writing books and scripts. The lesson for all of us in this industry from our one book is that when you give kids characters they can relate to and send those characters on amazing adventures you have the power to create lasting images that will stay with those kids long into adulthood.

I promise, if I weren’t such a scaredy-cat, I’d pick up John Bellairs in a heartbeat, Amy! Thanks a ton for guest posting, and be sure to check out Amy’s rad blog, Media Macaroni for the latest book-techie-game-and a little bit of everything cool.

The just 1 book feature is a little something new over here, and we’re giving everyone a chance to share their love of literature and the power of books. Guest writers are invited to share a book that moved him or her:

And if you’re interested in guest posting for the just 1 book series, please let me know! Anyone and everyone is welcome; just drop me an email at [email protected] 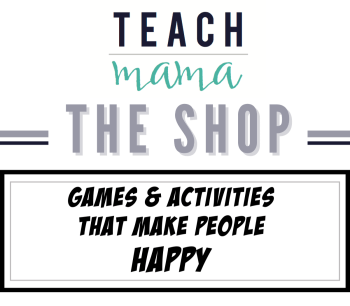