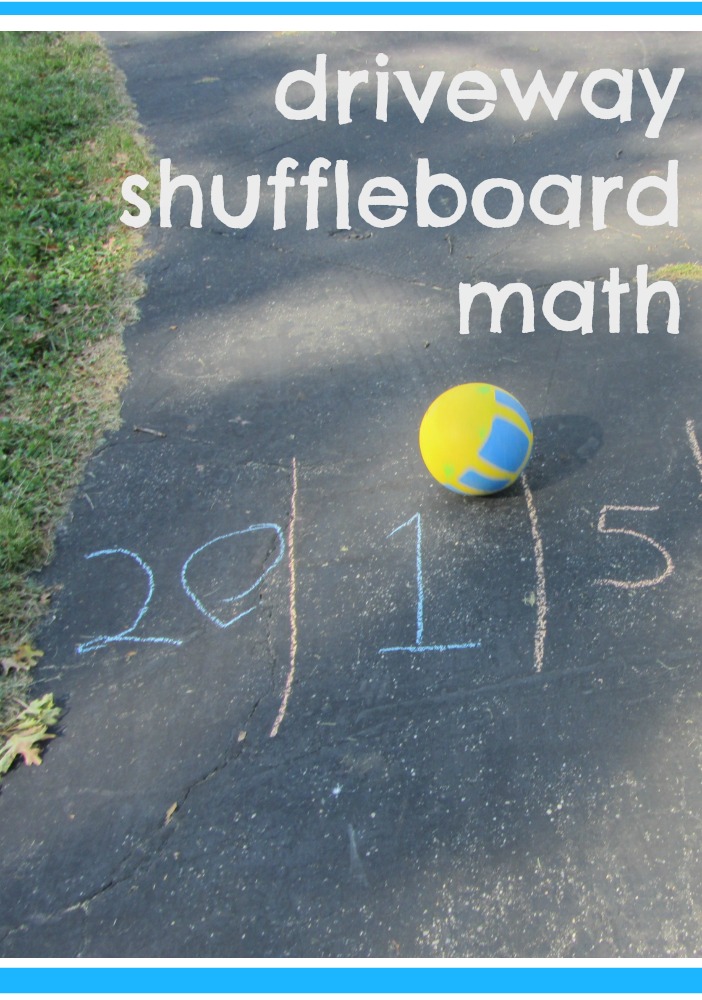 It’s so funny how sometimes, sneaky learning shows up organically–completely unexpectedly–in our day.

Driveway Shuffleboard Math is no exception.

We were out front, enjoying a brief break in the rain, when Owen pulled out a fun bouncy ball.  I was trying to sweep the sidewalk and had lazily left our broom resting against the house while I got the mail.

Maddy and Cora were using chalk on the walkway.

Owen brought the broom to the ball and shuffled it down the driveway, trying to aim the ball so that it hit me as I walked up with the mail.

Ten points for me if I get you, Mom!

Not so much to injure me as much as scoot the ball my way, like a pinball machine. Or shuffleboard.

So we’ve called it Driveway Shuffleboard, and here’s how it goes: 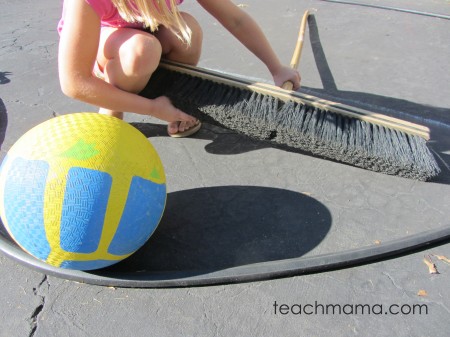 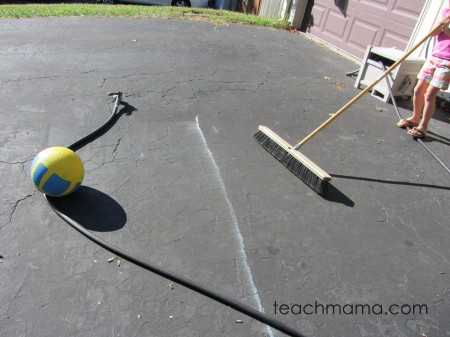 We used our fun Sunny Patch ball from Melissa & Doug which I just love because it’s cute and which the kids love because it reminds them of a cooler version of their P.E. balls at school.  No joke they really say that.

We used our hose to keep the ball still until we were ready, but depending on the slope of your driveway, you may not need one.

The great thing about Driveway Shuffleboard is that you can make it work for you.

Easy. Quick. Like learning on the fly should be. 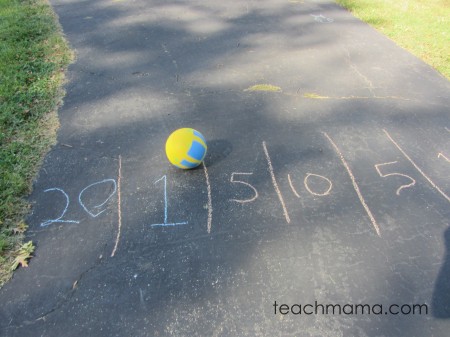 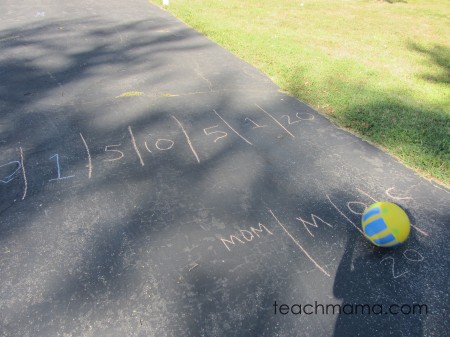 2.  Draw your point value at the bottom of driveway.

We used multiples of five so that it was easier for adding scores, but you could use any numbers that work for you. 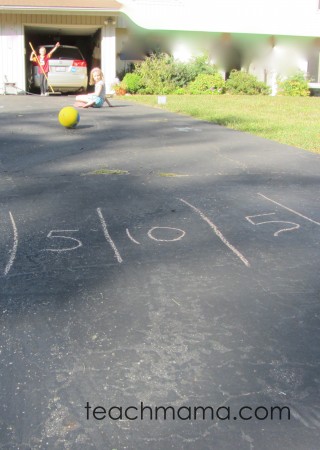 We really just took turns shuffling the ball down the driveway, trying to reach the higher points on the edges–20!

There’s no wrong way to do it–really, there isn’t. 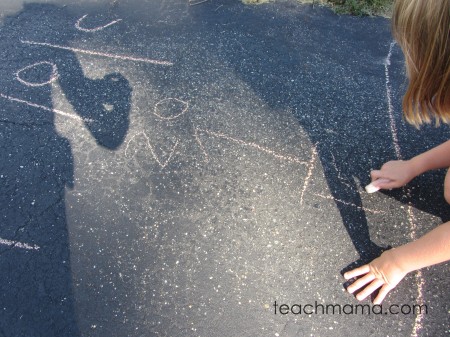 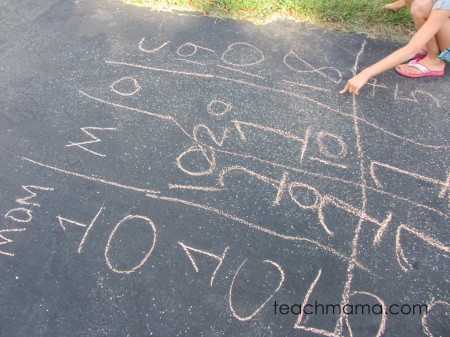 We do this differently every time we play–sometimes in teams, sometimes individually. Some days we add the scores as we go, and other times we add them at the end.

We usually play until we run out of room for the scoreboard. That’s how hardcore we are. 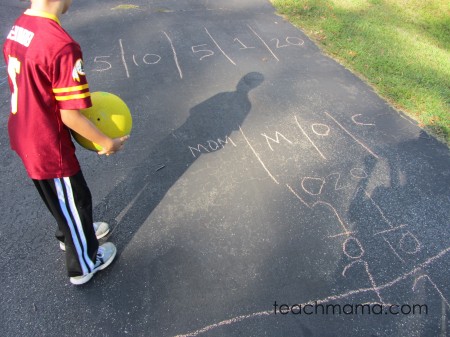 Try it in other ways, too:

Many ways to play. The important thing? You’re together, the kids are having fun, no one’s arguing, and they’re learning a little along the way.

fyi: Though I am a Melissa & Doug Blog Ambassador, this is an unsponsored post. I just really dig their stuff. Period.