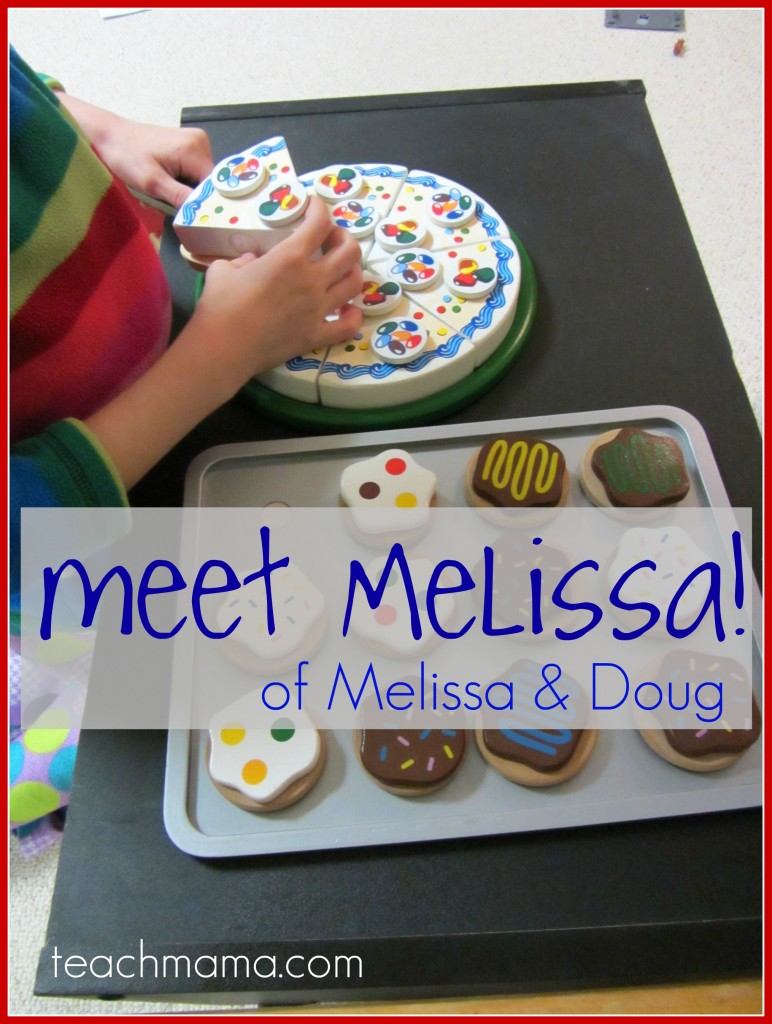 Yes, yes, yes, and yes.  And a big fat ‘NO!’ to the last question.  Not confirmed, but I’m guessing it’s a ‘no’ because they’re a little too big for Trunkis.

Ever since I began working with Melissa & Doug, I have been seriously amazed at the number of people who have asked me, So is there a REAL Melissa and Doug or is it some marketing thing?

I’ve been surprised because years and years ago, when I first started this blog, I reached out to the company and emailed with the REAL Doug a number of times.  And I’m not saying that to play ‘cool girl’; I’m sharing this because four years ago, if you went to the Melissa & Doug website, you could see under the ‘about’ section a bit about the Melissa & Doug team.

And when I had the chance to meet the REAL Melissa at Toy Fair last month, I was thrilled to also learn that the real Melissa truly wants feedback about her products–What did we like? What works? What doesn’t? How can they improve? What suggestions did we have?

So I’m totally elated to invite everyone to ‘meet’ THE Melissa of Melissa & Doug next week–next Monday night to be exact. 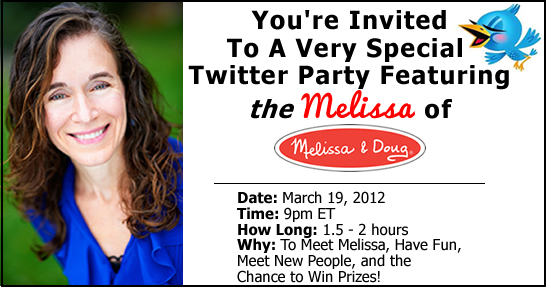 And though I know Twitter can be intimidating to many, I encourage you to jump out of your comfort zones a bit (a la New For Us Friday–c’mon, you can do it!), and try it out.

There’s no need to stress because Twitter is easy.  And how FUN for you to be able to tell your kiddos on Tuesday at breakfast that you ‘tweeted’ with Melissa of Melissa & Doug while they were sleeping soundly the night before!? They’ll think you’re so cool.

And this will be Melissa’s first Twitter Event, too, so everyone will be learning!! 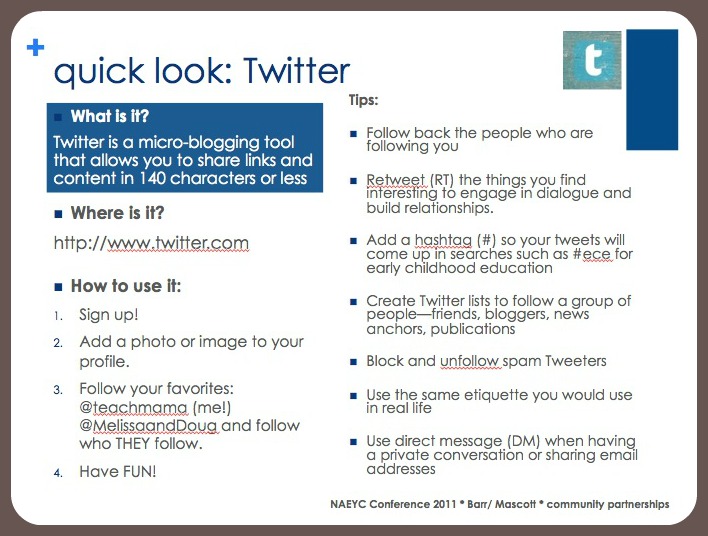 So to re-cap, here’s what you need to do now in order to have THE most fun on Monday night:

And you could win: A Trunki Prize Pack!

And just a few fun Melissa facts before the party starts: