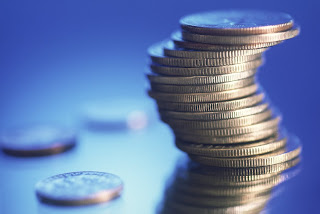 One of the things most parents strive for with their children is consistency–with daily routines, with enforcement of rules, and with just about everything. We’re all, by nature, creatures of habit, which isn’t always a bad thing. Except when our kids get sooo stuck in the norm that it’s hard to get them to try new things.

That’s where New For Us Fridays comes in–it’s my teeny-tiny attempt at getting this crew of mine to step out of the box and to try new things. It’s healthy, it’s fun, and it makes each week a little bit of an adventure, so that’s why I’m starting it now–summer’s around the corner, and there’s a ton of fun to be had.

Each week, I’m going to try to introduce something new to my family–new foods, new activities, new challenges–and I’ll share them here. I’m always on the lookout for ideas, so feel free to send them my way–and to share them with us! 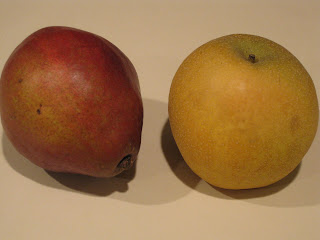 The contenders: Red D’Anjou vs. Asian 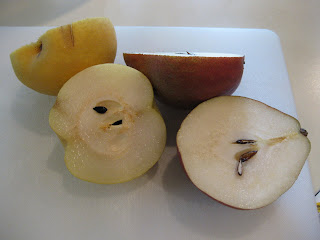 We looked at the colors of both and talked about how they were both alike and different. Then I cut them and we compared how their insides looked: the Red was much more pear-shaped than the Asian, which resembled an apple. We were ready to taste.

I cut pieces and put one slice of each on everyone’s plate. Then we decided to taste the Asian first: It’s too crispy! It is hard to bite–it feels ouchy in my mouth. I like it–it’s crunchy!

We then tried the Red: It’s so much softer. It is smooth and creamy. It tastes sweeter than the first one. It feels mushy to me!

Okay, so maybe we’ll have to work on proper voting procedures next time, but the consensus was that the Pear-Off was fun. New For Us Friday is a winner!