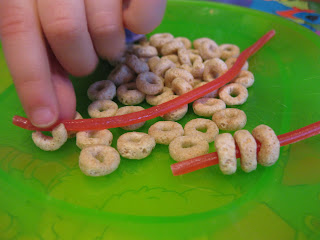 There’s nothing like finding a bag of pretty stale licorice in your pantry to make the ole wheels start to turn. No way it’s been there since September, right?

Rather than throw it in the trash (goodness knows I rarely throw things away. . . ), I thought I’d put some tiny fingers to work and get some little muscles moving at breakfast.

Seriously, after the dishes were cleaned up and the kiddos had played for a bit, all I said was, Hey Maddy, Owen, Cora! Who wants to make some jewelry you can eat? And they were all up for it–even Owen, who will probably be incredibly upset and embarrassed upon reading this ten years from now. 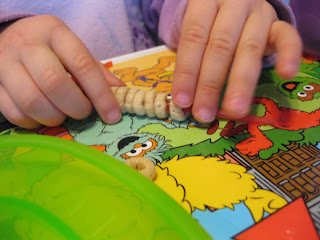 I put a handful of Cheerios on each of their plates. And then I put a few strands of licorice, and I let them at it. 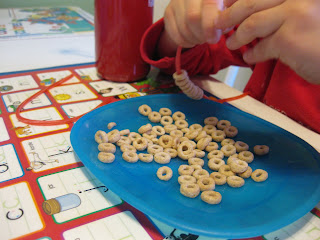 The only rule I gave was that they’d be able to eat their creations (they had maybe five or so licorice strands) after they counted the Cheerios they strung on their bracelets, necklaces, snakes, or whatever they made. 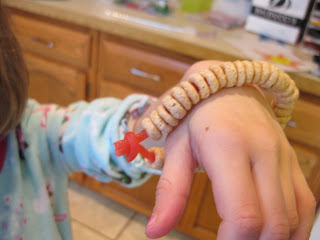 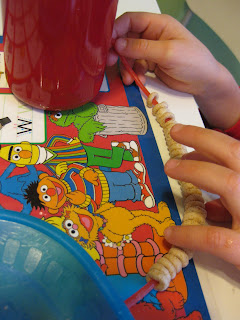 So they strung Cheerios. . .

And then they nibbled their creations.

Certainly not my choice for an every day morning snack, but if you’re 6, 4, and 2 years old, it’s pretty tasty.

But if you’re a sneaky mom who’s always trying to throw in a bit of learning into your kids’ days, then the fine motor skills work and the counting of the Cheerios might be a stretch. . . but it works in my book.