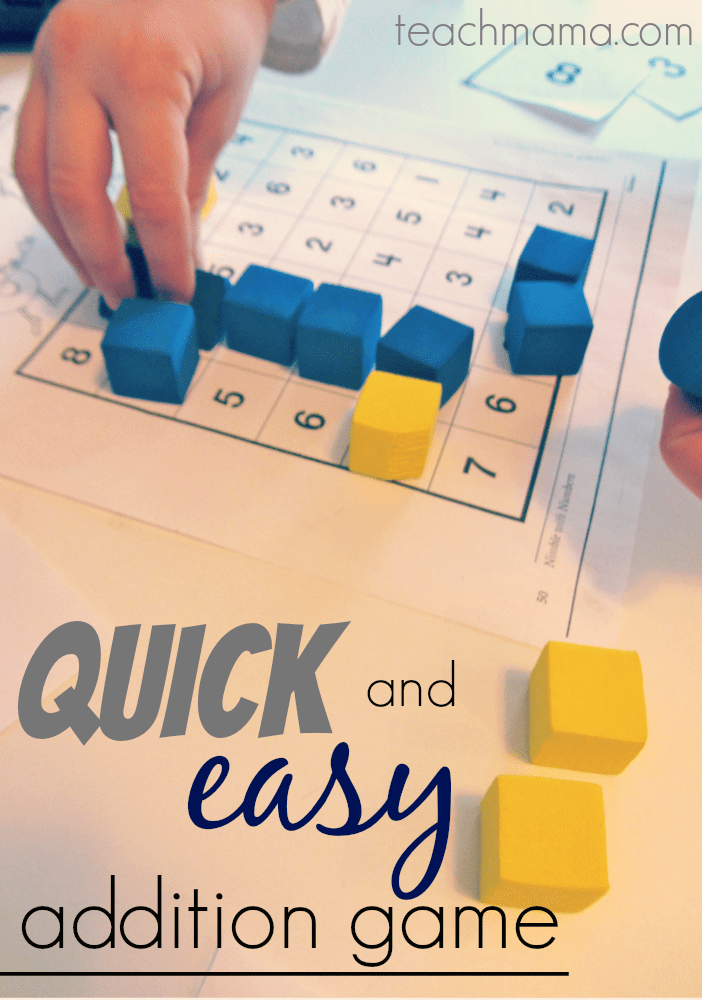 Cora has really been into playing math games lately.

Like while Maddy and Owen are doing their homework, all my littlest one wants to do is math.

So I’m doing what I can to run with it.

She came home with a Finding Addends game a few weeks back, so lately, that’s been in our rotation.

Finding Addends is a quick and easy addition game that gets kids thinking, practicing their facts, and flexing their mental calculators.

Though it looks like it came from a program or texbook, I mirrored the game and have it here as a freebie printable. Because some days Cora and I like to write in our own numbers instead of the game ones.

The idea is that players take turns flipping cards from a pile which have numbers 1-10 on them.

Once you get your number, you try to find the addends–or the numbers that, when added together, equal the number on the card. 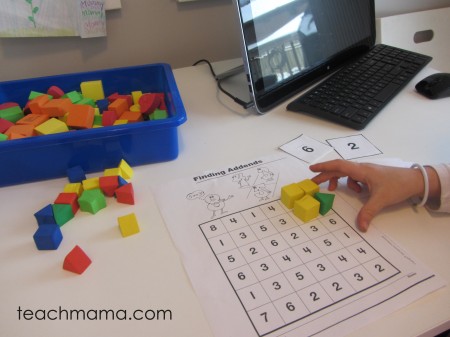 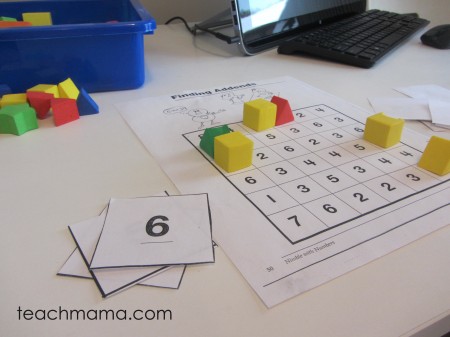 Each player has his or her own tokens to cover the addends, and the winner is the person who has the most color blocks on the board at the end of the game.

No ‘tokens’? Use stickers (two different ones), coins (dimes and pennies), legos, cheerios, candy hearts, you name it.  Or just color in the blocks using crayons. No biggie.

Or something like that. I’m sure there are a million ways to play this, but that’s how we’ve been rolling lately. 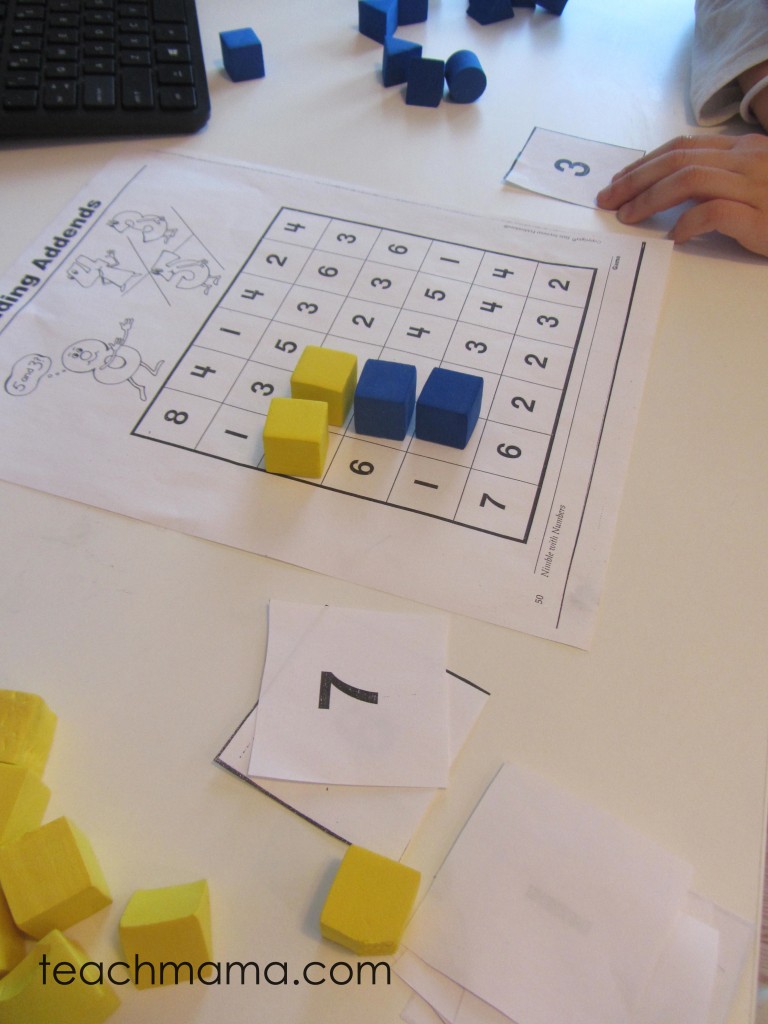 We’ve also played with mixed up manipulatives and did our best to cover each square of the board. 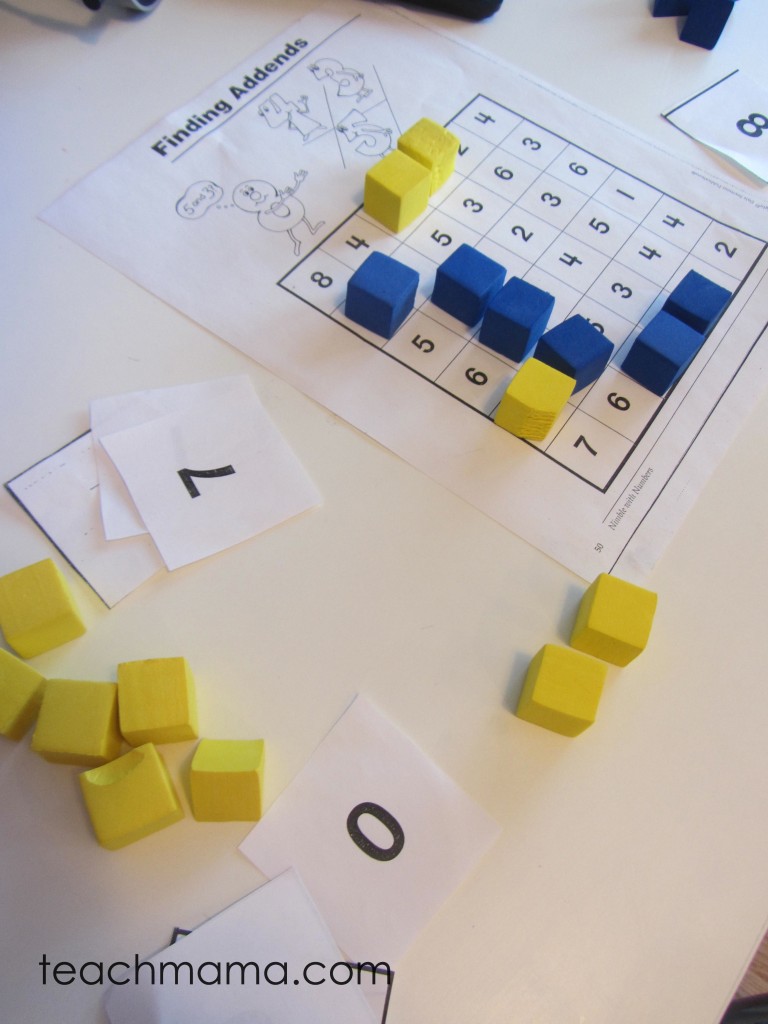 Want the Quick and Easy Addition Game to play today after school?

It is a pretty basic download–one page is the board and the other is the set of cards. Print the cards out on cardstock so you can’t see through the back.

Or if you want to personalize your game, use the last two pages–they’re the board and cards but blank. Write in the numbers you need to work on, and you’re done.

Or check out the following math-happy posts: