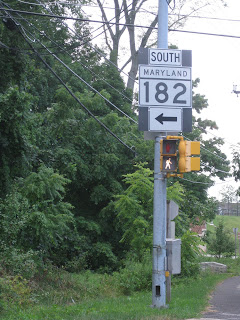 Today, we hit the road a bit, to a new-for-us library to hang out with some friends and learn about 4-H and county fairs and then to (our fave!) Ikea to pass a rainy afternoon. (And the free kids’ meals don’t hurt, either.)

Being on the road gave us a chance to play with numbers in a way that I had never thought to do before. Thanks to Maddy, we threw in a little adding practice on the road today, called it ‘Street Sign Math’, and pretty much had a rockin’ time.

Owen said, I know that! It’s four! Maddy do another one!

And so began our Street Sign Math. It didn’t matter if it was a speed limit sign, a highway sign, or a house number; if we could clearly make out the numbers, we added them together. 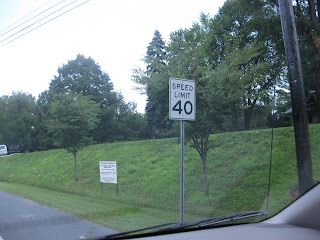 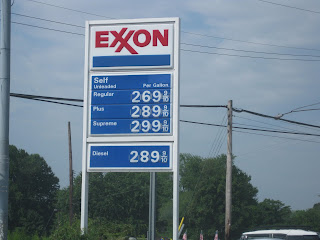 Owen is pretty quick at adding, so I really had to focus on not making this an adding race and instead making everyone use wait time before they shouted out their answers. For a while Maddy and Owen worked together, then Maddy added the first two numbers and Owen added the third, or vice versa.

It was fun. Maddy, Owen, and Cora said it was fun, and they basically made up the whole game. And that’s probably why they loved it so much and it worked out so well in the first place.

This morning’s Street Sign Math definitely reminded me of the importance of reviewing basic, easy math facts–the ones that eventually need to come quickly and without thought just like the sight words that we practiced in games and cool activities before and throughout kindergarten.

And that’s it. Thanks to Maddy today for getting us going and helping me along in my desperate attempt to get us all to be a little more math-mindful this summer!