This is one of my first ever posts, and it’s one that I have shared hundreds of times. It was originally published on January 17, 2009, but I’m re-sharing it today with a few more photos and better links to the download. Enjoy!

Have you heard about our simple but seriously fun Alphabet Hunt? Our fun way of searching for the uppercase or lowercase letters of the alphabet? Here it is: 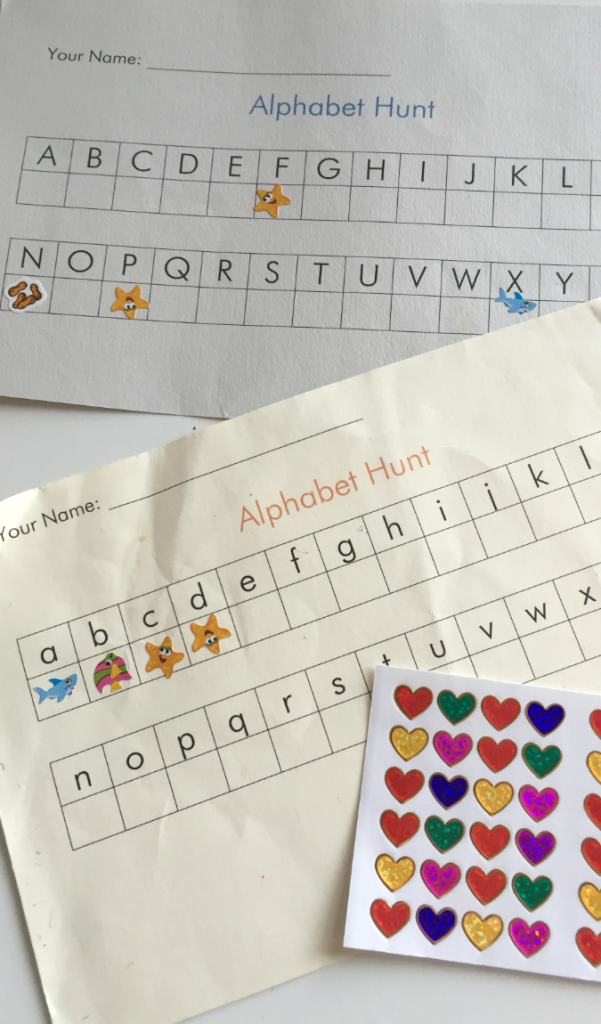 Today was a hectic travel day for us, but I was determined to use our travel window more wisely than I usually do in order to ensure a little bit of “secret” learning along our way.

What we did was incredibly simple, but all three of my kiddos enjoyed it, and it gave us an exciting 45 minutes without whining, complaining, or asking, “Are we there yet?” 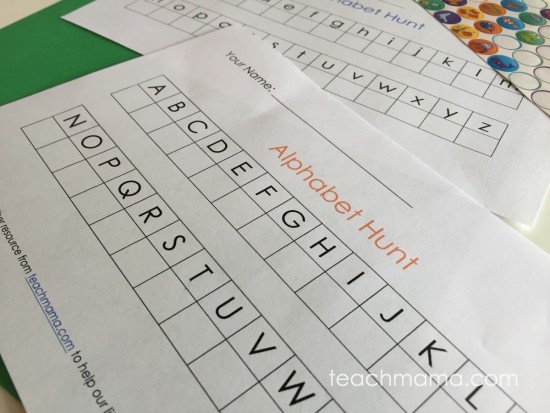 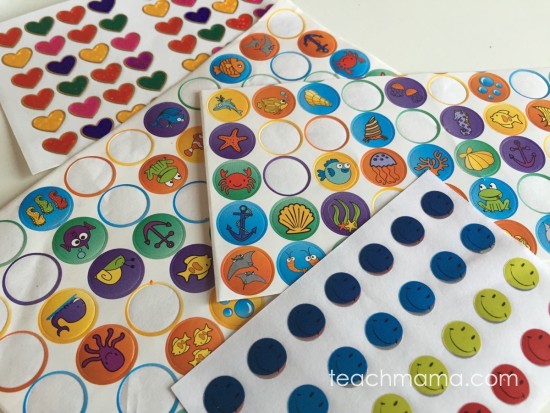 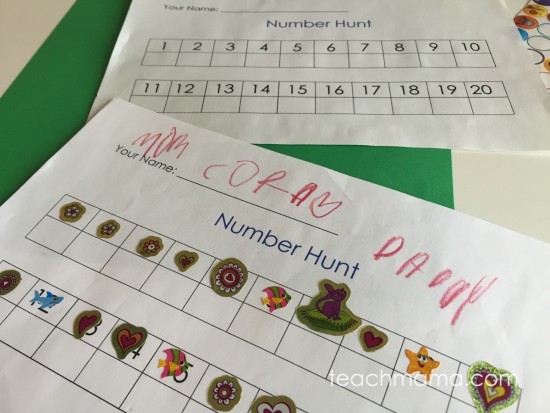 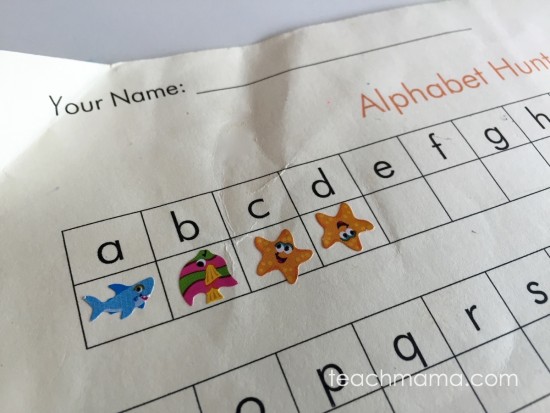 I made the letters in uppercase, in a large size. I used sturdy white paper, and I made two full alphabet tables on each sheet so I could give each child a half sheet.

The finished boxes beneath the letters were almost the perfect size for a normal chart sticker.

Just when my troops began to get antsy, I told them that even though they were stuck in their car seats, they were going to go on an Alphabet Hunt (woo-hooo!) and that all they needed for their hunt was one piece of paper and some stickers.

I showed them how the hunt worked on the sheet:

Okay, friends, we have 26 letters of the alphabet to find today. Let’s see who can find all 26! I’ll show you how to use your hunt chart. I need to find a letter ‘A’. Who can help me find one? Wow! That was quick! You’re right, there’s an ‘A’ on that truck, Maddy! 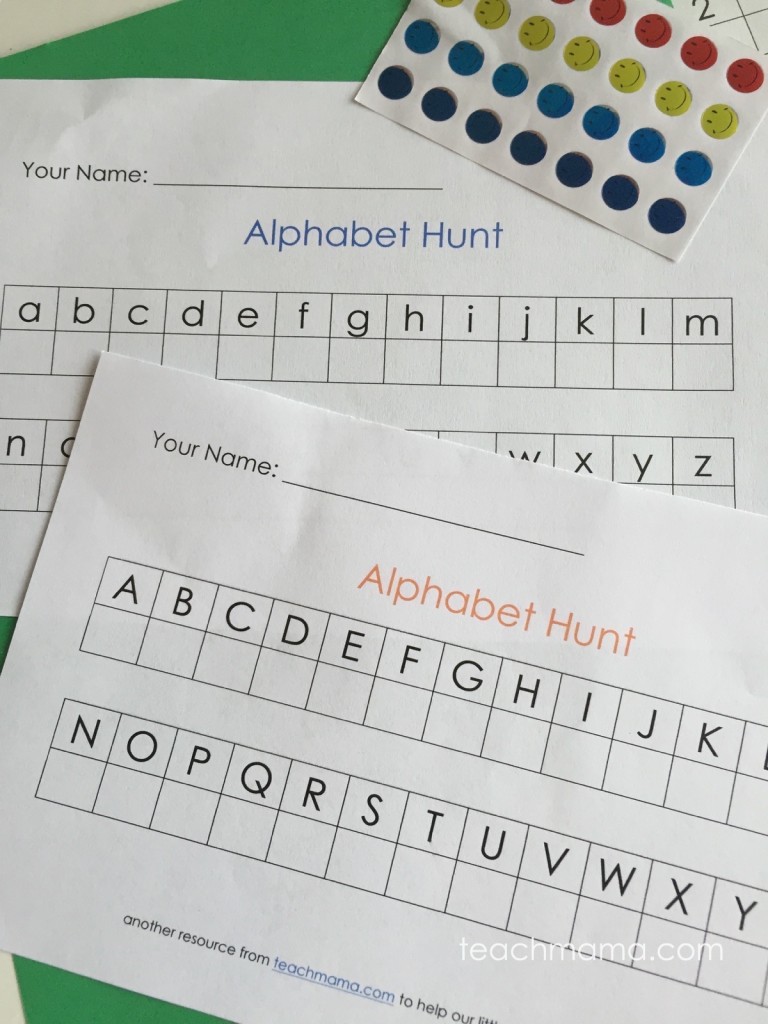 I put one of the chart stickers under the ‘A’, handed them their own cards and two half-sheets of stickers, and they got rolling!

They loved it, and even though Cora was way too young for it, she loved putting stickers all over her card. 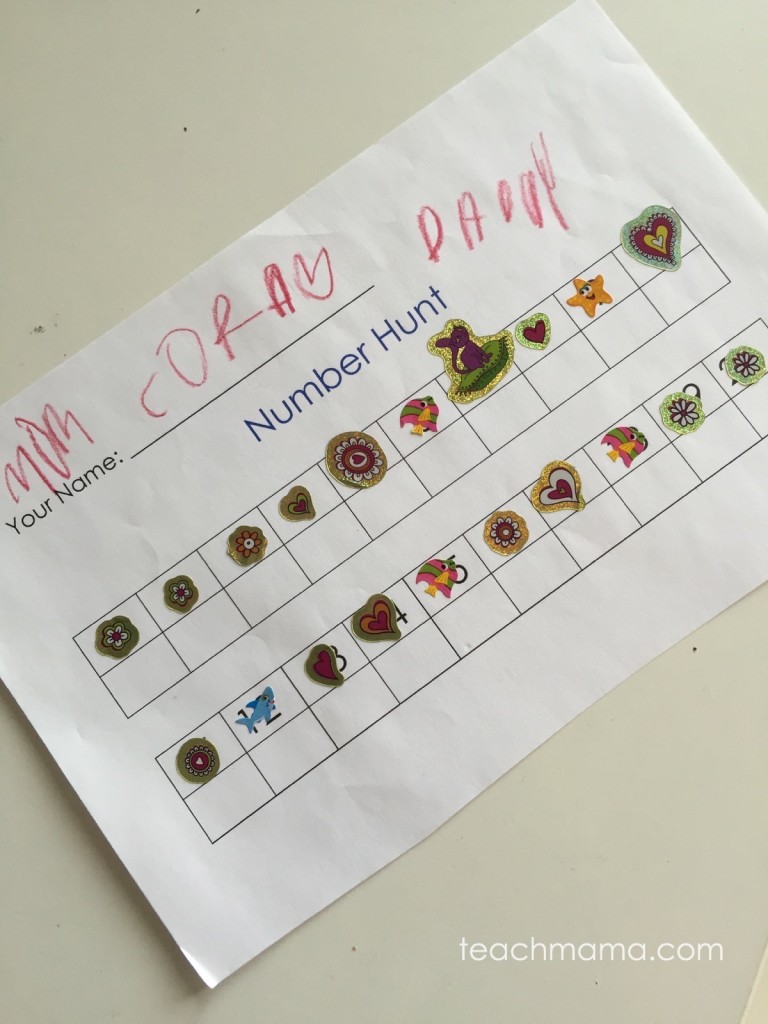 What I realized about this simple, easy activity is that we don’t have to be in the car to do it.

The possibilities are endless for sneaking some learning in when it involves letter/ number recognition and chart stickers. . . 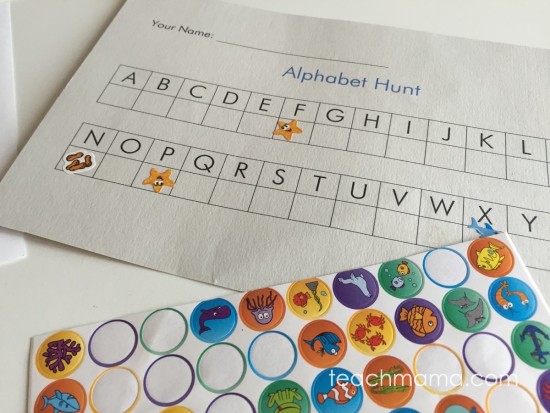 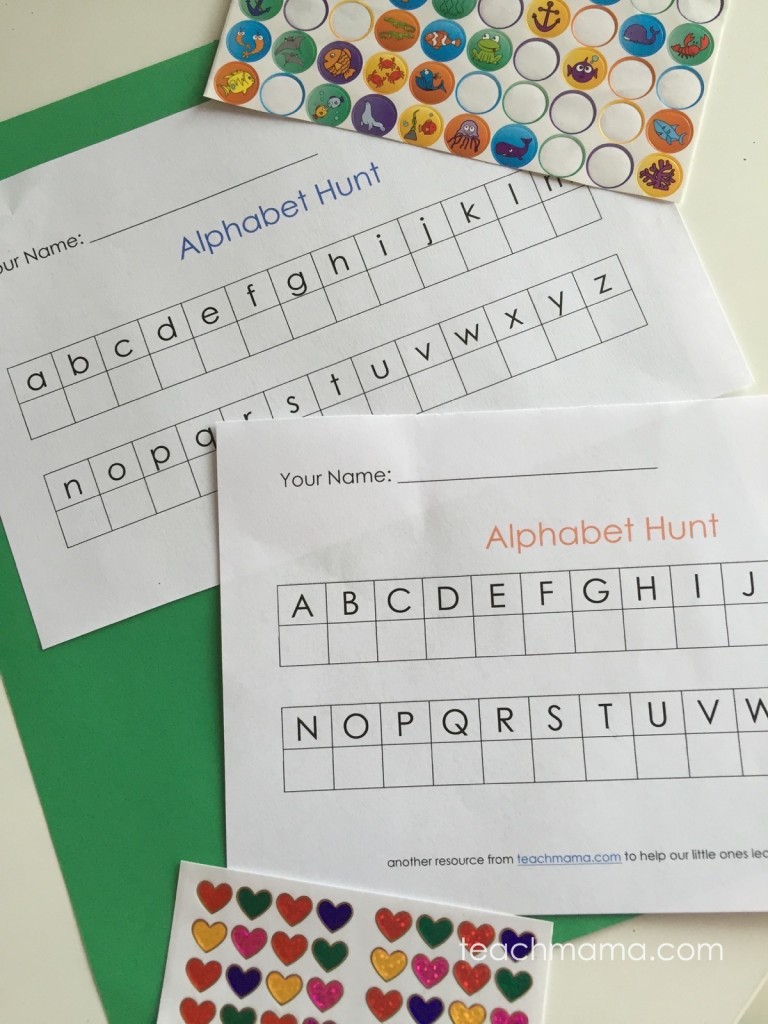