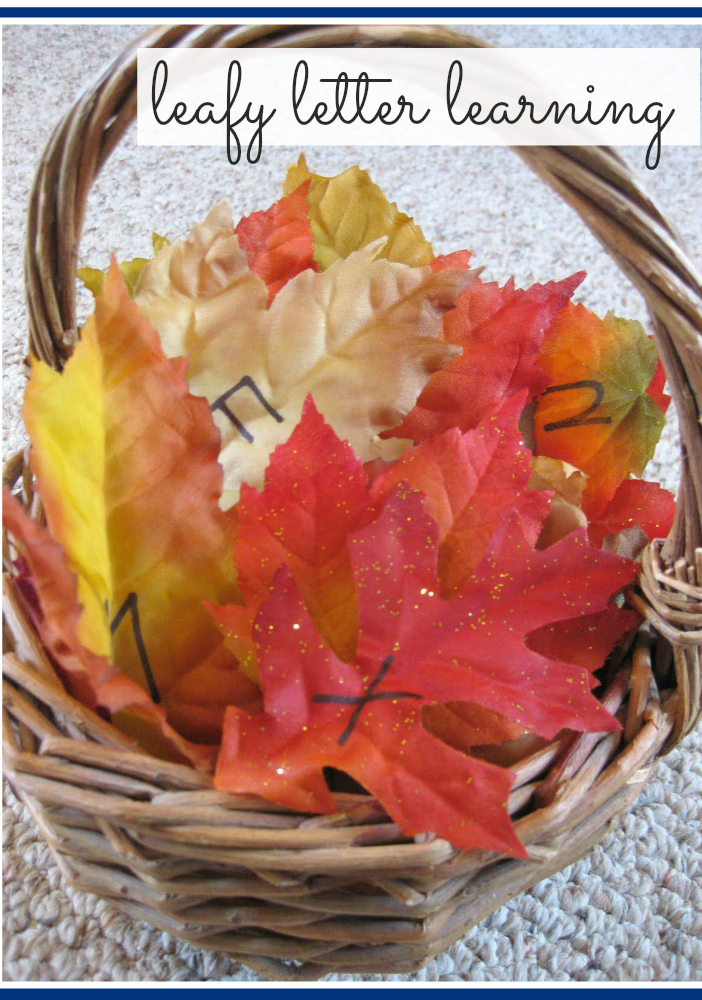 At a super-crazy sale at our craft store last week, I picked up a few packs of leaves–at literally a quarter a piece.

I remembered reading about this cute idea a while ago on one of my favorite, favorite blogs, and I couldn’t help myself.

I’m a sucker for alphabet games and letter learning.

I called Owen over to me one afternoon, and I had ‘Owen’ spelled out in front of me on the leaves.

He said, Hey. My name’s on those leaves.

I said, Oh my gosh, it is. How funny? And look, all of other letters are on those leaves. Can you help me match up these uppercase letters with their lowercase letter friends?

Um, maybe. I think I’ll help you for a second. 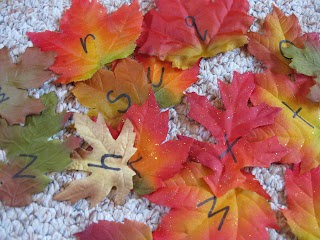 So we matched up some letters–not all of them. Maybe about half, and then he was finished for a while. 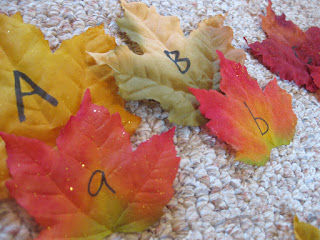 our matched letters–uppercase and lowercase 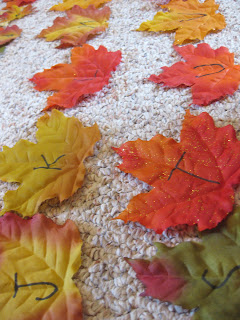 I repeated it, then I mixed up the letters of her name and said, Oh, no. Your letters got all mixed up. Let’s fix them.

So we worked together to put the uppercase letters in alphabetical order so we could sing the song and point to each letter as we sang.

Even Owen joined in on the letter-arranging.

And that’s all the sneaky learning for today.

When we were finished, I put the leaves into a small basket and left it on the table. Occasionally Maddy, Owen, or Cora have them out on the floor as words, names, clothes, or flying carpets for their Polly Pockets or cars. I really can’t complain, at least they’re playing with their letters, right?

More letters of the alphabet fun:

Thanks to Pink and Green Mama for the leafy-letter inspiration, and thanks to others who inspired her!

fyi: please consider using the affiliate links below for your own at-home leafy letter learning and fun!