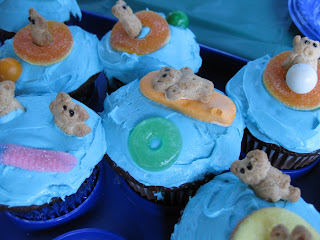 My sweet boy turned five this week, so we celebrated with a handful of his close pals at our favorite summer hangout–the pool.

His only request was cupcakes, pizza, Cheetos, and Doritos (so he really wanted a health food party), but we decided to spruce things up with some Perfectly Perfect Pool Party Cupcakes inspired by some last-minute searching on the ‘net.

Cupcake-baking and party-prepping is always a super time to get little guys involved in the festivities, so that’s what we did on Monday after I returned from a long weekend in NYC.

We baked the cupcakes before we took Brady to the vet, and between the egg-cracking, recipe-reading, and ingredient-adding, baking 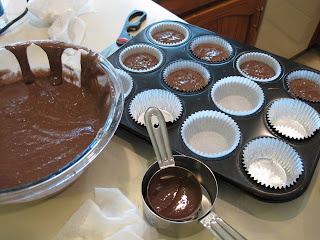 was a sneaky way of throwing some math and reading learning into our day from the start.

Even the way we fill cupcakes–top left to right and return sweep–mirrors the way we read words on a page. Counting as we go gave us a teeny bit of math practice on top of measuring water and oil.

Then we watched as Owen mixed his idea of the perfect pool-blue icing, and we headed to the store for some candy to double as pool toys. We are a sweet-tooth family, and I’m not afraid to use candy in the kitchen every once in a while! 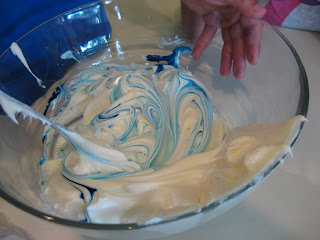 Mix-master Owen works out the blue for his cupcakes. 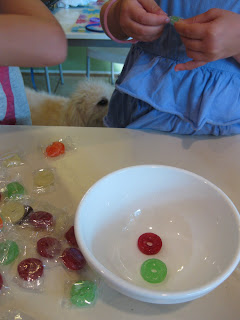 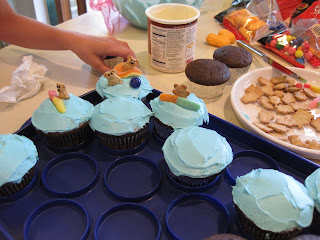 Once all the cupcakes were decorated and all the bears were playing ball, lounging on rafts, and peeking through inner-tubes, I put black icing eyes on them and stuck them in the fridge until party time. 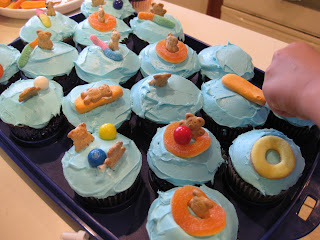 These swimming bears are too cute for words.

We had a mix of ages at the party, but we wanted to have some party games to play during the shin-dig. We bought several 4-packs of dive rings as the party favors for little guests, and our plan was to play with them then let the kids take them home.

Here’s what we planned: (fyi, my husband totally rocks and did a fantastic job of leading the games while I got food together!)

And really, between free time to swim and be silly, pizza, and cupcakes, that’s all we put together. And Owen and his buddies had a blast (or seemed to!–and so did we!).

As with any children’s party, we certainly couldn’t pull this off ourselves. Thanks to the moms and dads and aunts and grandparents who helped make Owen’s birthday a perfectly perfect pool par-tay!