Toy Fair was last week in NYC, and it was off the hook. 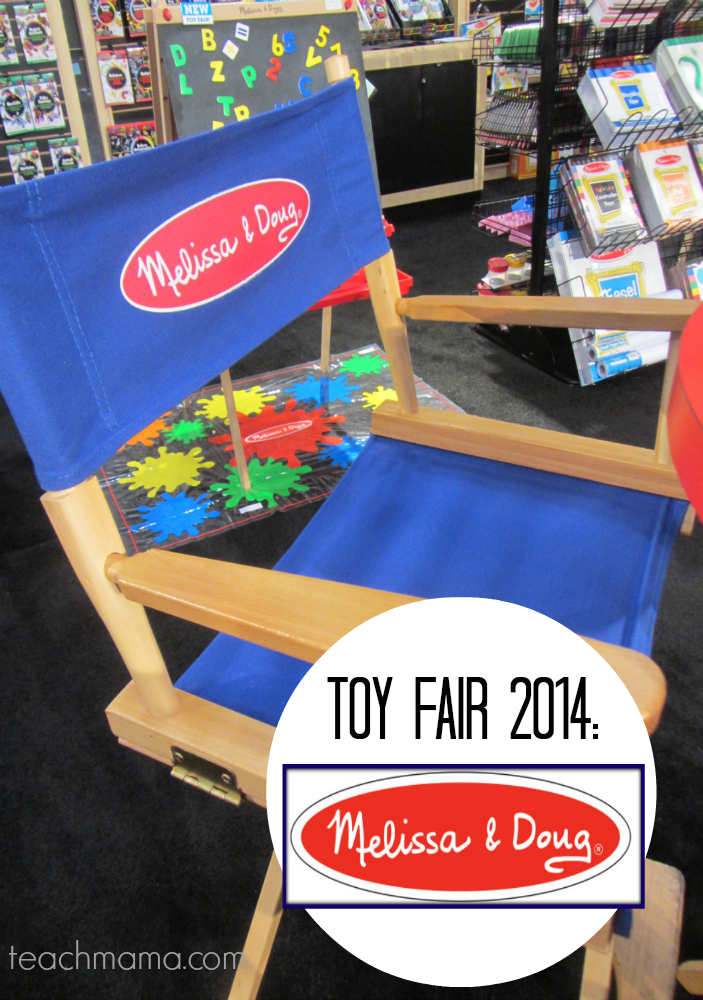 Totally looking forward to sharing what I learned, what I saw, and some common themes through the event, but today? I’m sharing my Toy Fair Recap from the Melissa & Doug Booth, 2014.

My top five favorites for kids and families from Melissa & Doug.

I’ve worked with Melissa & Doug for years and years now, so I’m always pumped to see what new products they create and how they’re growing as a company.

It’s been a blast to connect with all of the great people behind the company–the folks in customer service, sales, personalization, and social media.

It’s cool to chat with the real Melissa and Doug.   They all work so hard.  And they stand so firmly behind their products. It’s awesome.

So for the third year in a row, the creative and crafty Valerie of Inner Child Fun and I were able to spend time together, explore the booth, explore the fair, and meet tons of fabulous people at the Melissa & Doug Media Breakfast that we hosted one morning.

Though there are tons of new products from Melissa & Doug this year, I’ve whittled it down to my top five faves.

Check out my top five picks from Melissa & Doug. . .


What do you think?

What is your favorite from what I shared? What do you want to learn more about or see more of? Let me know!

Check out all of the photos from the Melissa & Doug booth:


Though not all of the new products have links on the site because they will be released this summer or fall, do check out the Melissa & Doug site and search for the item you’re interested in.

fyi: This post was written as part of the Melissa & Doug Blog Ambassador program. All opinions are my own, influenced only by my experience as an educator and parent and longtime toy lover. Huge and happy thanks to Melissa & Doug for their willingness to work with bloggers in this way and for always creating awesome, meaningful products.