homemade alphabet book: get personal with the abc’s

There’s been a ton of little things that we’ve done over here to help Maddy, Owen, and Cora learn the letters of the alphabet, but I have to say that an all-time favorite of theirs has to be their Homemade Alphabet Books.

And really, the Homemade Alphabet Books are not all that crazy, gorgeous, or special.

But they are made exclusively by each kiddo, with photos and pictures chosen by them, with ribbons and colors and everything chosen by them as well. The Homemade Alphabet Books are theirs. 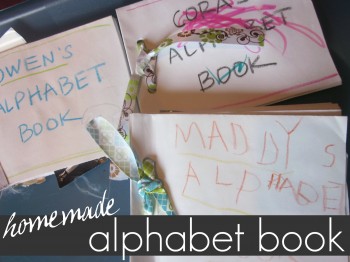 And though Maddy and Owen are long past needing–or reading–their books, they still like to look back at the photos they chose way back when they were ‘so, so little’ and my little Cora keeps adding to her book every few days.

It’s fun–it’s easy, and it’s totally worth your time.

Making these books is super-easy.

Using them is just as important.

Alphabet Books are just that–books that have a page for each letter of the alphabet: one page with the uppercase and lowercase letter and the facing page with child-chosen pictures, drawings, photographs of images that begin with that letter.

I used old printer paper that my mom gave me, but any paper will do.  My kids love watching me make books–though we have a ton of cheapo notebooks in our house, they really seem to like books made ‘especially for them’ or in this case, by them.

We count out 28 sheets of paper–one for each letter of the alphabet and one for a front and back cover.   And the construction of the book is simple: 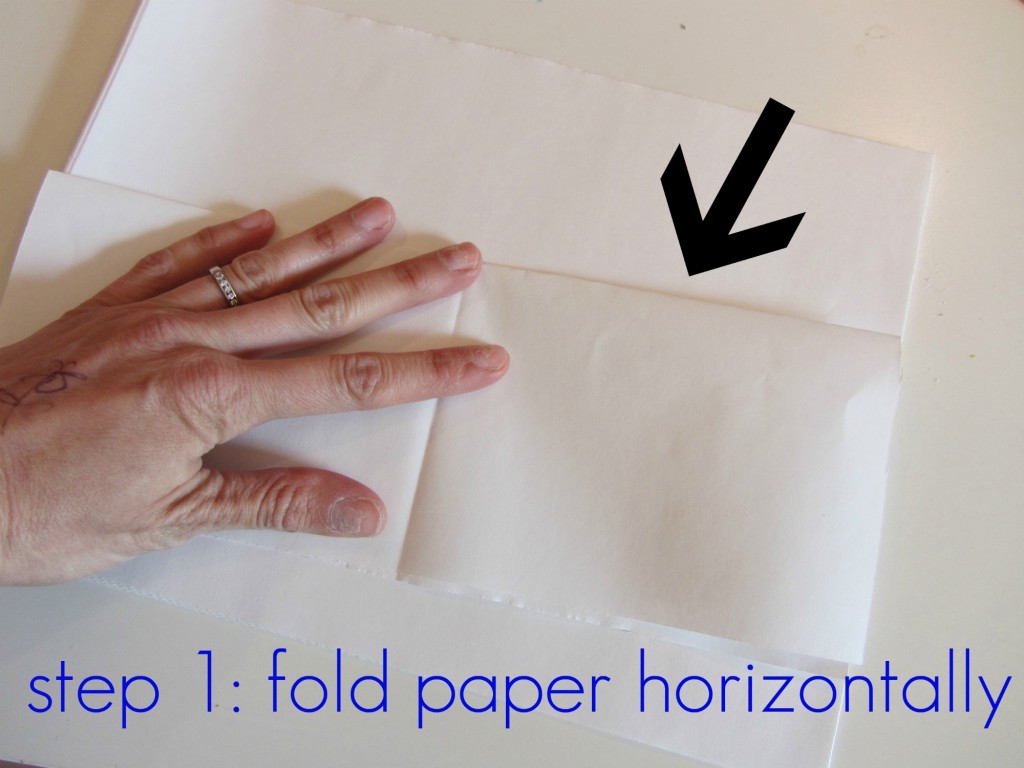 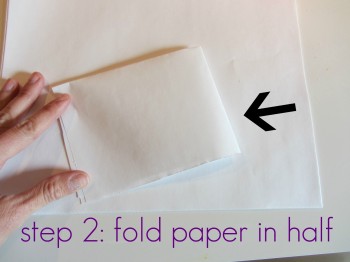 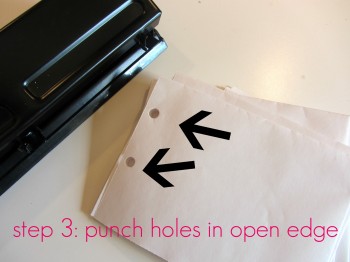 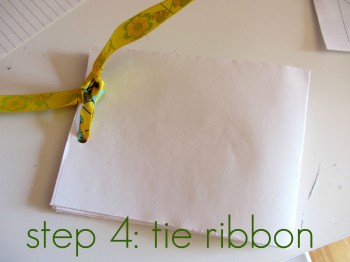 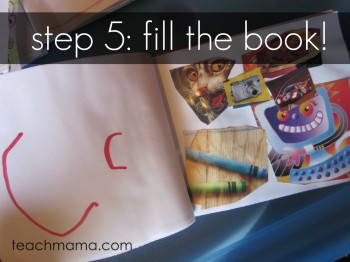 Creating the skeleton of the book is easy.  But building the book, filling each page, is a work in progress.

It’s not something that can be done in one day, by any means. 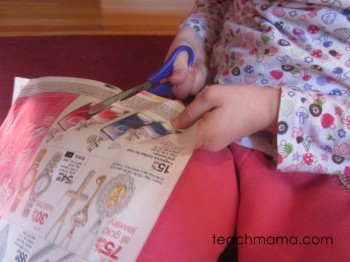 When I was tutoring, I’d often make one of these Homemade Alphabet Books with my little guys–especially my struggling readers–and we’d focus on one or two letters each session. And each time we added a new letter or two, we’d first read the previous pages, beginning with the cover and going through each and every page, pointing as we read the words: Colin’s Alphabet Book. .  A, a (we’d say the letter and then the sound), airplane! Apple! Alligator!

We’d point to each picture that began with that letter as we said the name of each object.  For some kids, this Alphabet Book was literally the only thing they could read, but it was that teeny, tiny piece they needed to grow confidence and build a solid foundation of literacy learning and phonological awareness.

By the time they finished with letters X, Y, and Z, they memorized the first half of the book.  Which is awesome because if they forever remembered D, d, dog! duck! dolphin! donut! –words that began with certain letters–it gave them something.

Those words and those sounds belonged to them.  Finally, they ‘owned’ a little piece of reading.  A small book.  Their book.  And they were one step closer to really being able to put multiple sounds together to read words on a page. 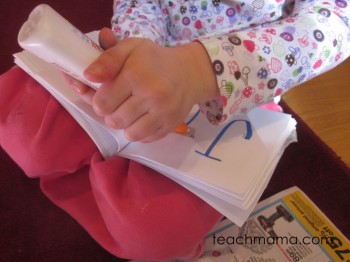 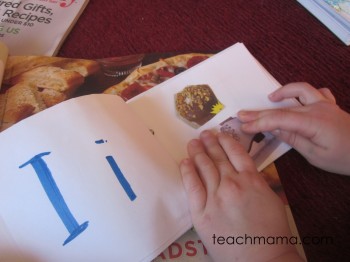 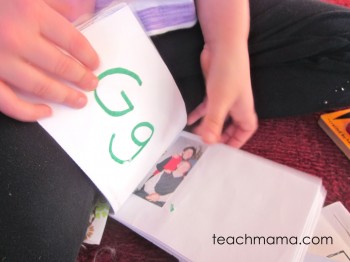 One thing I love about this activity is that it can really be child-directed.  There are some weeks when Cora wants to work on finishing her Alphabet Book for three afternoons straight.  And then days–or weeks–pass and she doesn’t pick it up.

But when she finally does, it’s like she’s reunited with an old friend.  Mommy! Remember the day I cut out the pictures of Grandma and Grandpa? They are here on the page for ‘G’!

Some days she’ll just want to cut out pictures and glue them in the next day.  And other days, she’ll pick and choose the letters she wants to do, depending on her mood, the weather, or what she finds in a magazine or photograph.

And other days, she just wants to flip through her Alphabet Book, reading the letters and saying the pictures to herself between playing dress-ups or coloring, and that’s fine, too.  It doesn’t really matter. . . after all, it’s hers!

That’s it–just a teeny, tiny bit of fun alphabet learning. . . with a whole lot of room to move, depending on how old your little ones are.

Alphabet books are generally designed for the “development of phonemic awareness through alliteration and assonance in emergent and beginning readers” and follow a very standard pattern of “a single focal letter and accompanying text with illustrations.”  However, I’m totally psyched about the different ways to expand upon these seemingly simple texts–and I cannot wait to play with them a bit with Maddy, Owen, and Cora over the next few weeks and months.  More to come!

more secrets to an awesome fairy party: flower napkin rings
Next Post: new for us friday: the grapple »