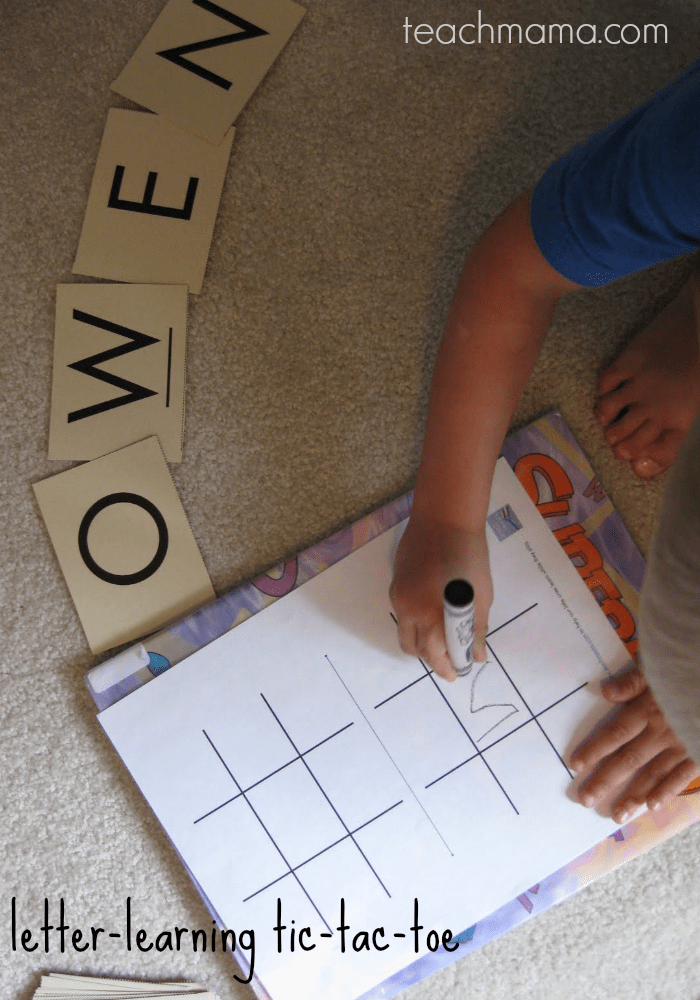 Lately, Owen has been having a difficult time with the ‘W’ and ‘N’ in his name. Sometimes upside down or with too many lines, his letters need a little TLC.

In our coloring and painting lately, I’ve tried to sneak in a few reasons to write his name, but after his first mistake, he’d drop the pen, chalk, or paintbrush and go run to do something else.

It seemed like the the letters were really beginning to frustrate him.

So today before his rest, I thought we’d focus on the individual letters of his name rather than the whole name itself. And I threw it into an old favorite–tic-tac-toe. 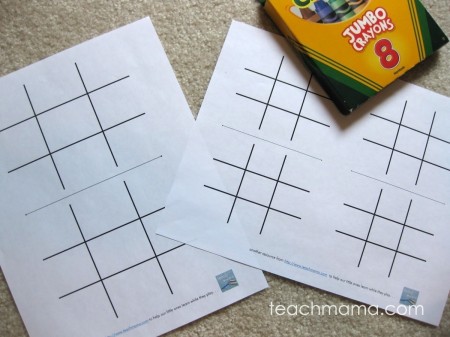 I printed out a few sheets of both since I wasn’t sure how well Owen would do with the smaller boxes, and I asked him to grab either markers or crayons and to get ready for a rockin’ new tic-tac-toe game.

I told him that we were going to play tic-tac-toe today but not like he remembered it. We weren’t going to use x’s or o’s–no way, Jose. We were moving up to bigger and better things–the letters of his name.

After spreading out the letter cards, we hunted for “his” letters, and we set them aside. I asked him to put the letters in order on top of the board. Then I asked which of the letters in his name was his favorite–he said, W, so I said that he could be W to start. I’d be O. And then we played. 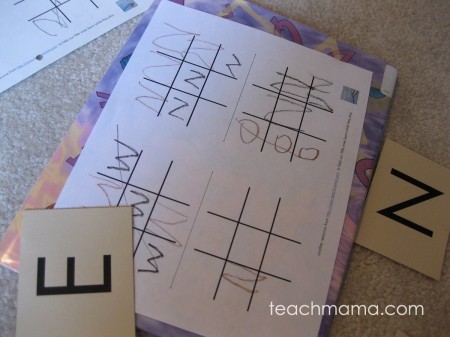 a few of our games

And if one of us made a mistake–made a M for a W or backwards N (and we both did!), we just paused, said, Let’s double check that letter again, we wrote it again, and we moved on.

It’s easy to adapt tic-tac-toe for whatever you need. You could work on:

So that was our little bit of learning for today. We’re slowly moving back into a school-year schedule, and it’s actually kind of nice, except we still really miss Maddy during the day.

Previous Post: « these shoes are made for walkin’. . .
Next Post: new for us friday–kaa-chew! news on the flu »