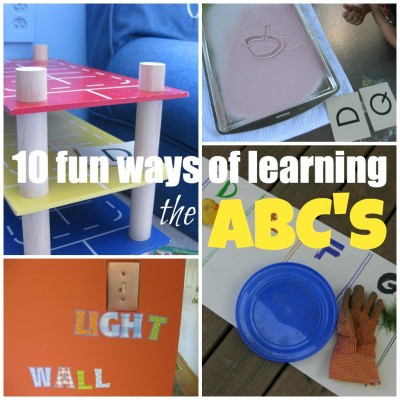 It’s so easy for us to say we want our kids to learn the ABC’s and 123’s before kids hit Kindergarten, but how do we actually do it?

Is there an ideal time to start teaching these all-too-important basics?

What if your kiddo is just not interested in such things? How do you make learning the ABC’s fun?

It’s a lot easier than you may think, and honestly, in my opinion, there’s no time like the present to get rockin’ and rollin’ on helping your kids learn the ABC’s.   So whether your child is 6 or 6 months, I’d say get going. Now.  And have fun with it.

Start singing, stickering, hunting, painting, and spraying your way to either an alphabet-filled summer.

2.  Point Out ABC’s Everwhere —Go on Alphabet Hunts, hide the ABC’s around your house (then do it again).  Then go on Backyard Alphabet Hunts— so fun, it’s nuts.

3.  Celebrate the Letters of Kids’ Names — For the little guys, start with their letter–the first letter of his or her name–and go from there. Find the letter on the cereal box, on signs, in books.  Play Family Name Letter Connect.  Once they master that, move onto the other letters of the name and then introduce family names.

4.  Read ABC Books — There are tons of them out there, believe me, but a super-fun fave of ours is Superhero ABC.  Visit my pal, Allie’s awesome post, 50 Fantastic ABC Books for more.

5.  Sort the ABC’s — Separate letters and numbers.  Sort tricky fonts.  Play with those magnetic letters on the fridge and sort the ABC’s on lids. 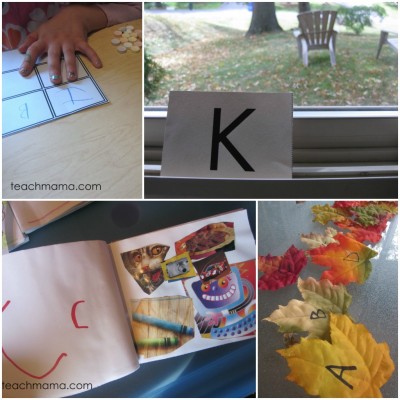 8.  Sing the ABC Song — Sing that song–c’mon, you know it–same tune as Twinkle, Twinkle and Baa Baa Blacksheep.  Sing it all the time.  Sing it at bath time, bed time, breakfast time.  Sing other songs of course, but make ABC top of the charts. It will help.

9.  Crazy Write the ABC’s — Write the ABC’s with sticky stuff, with paint, with water, or with wiggly wigglies.  Make it different.   Write on windows. Write in the sky.

10.  Move and Groove the ABC’s — Get up and move to the ABC’s with ABC Exercise Cards or get leafy with an Outdoor Alphabet Hunt.

Want more? After checking out the links above, visit our Read Aloud Learning Series for some super-easy tips, then check the right sidebar for other topics you need. 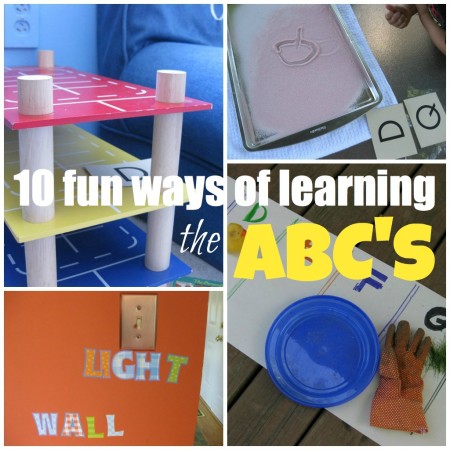 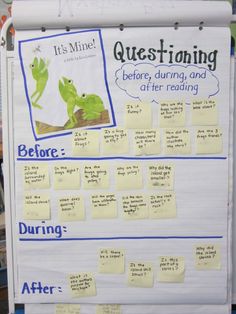 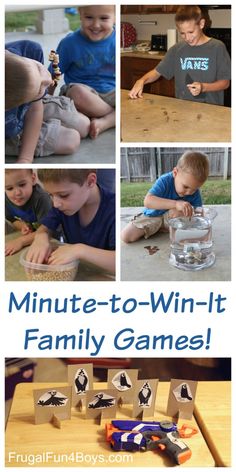 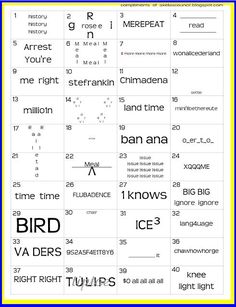 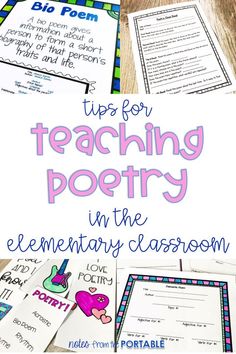 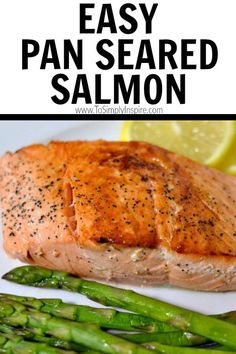