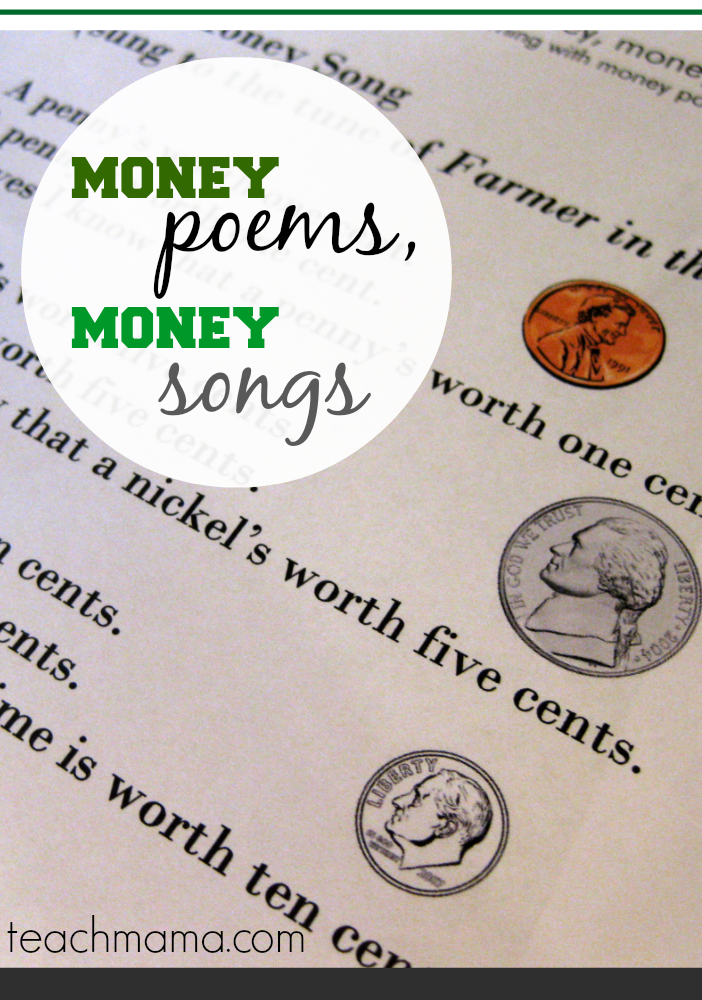 Maddy’s been learning about money in school. Pennies, nickels, dimes–and she’s been talking 1’s, 5’s, and 10’s like nobody’s business.

Add her big half-dollars from her Pap and the ever-busy Tooth Fairy, and Maddy’s money jars are growing along her knowledge of coins and money.

So today, while she was home from school with a pinkish eye (which didn’t even turn out to be pink eye–woo-hoo!), we poemed it up a bit. And sang a little. And some of it’s even on video.

Along with a few that I added myself, we sang money songs and read money poems between baking, playing, gardening, and (of course) tending to that somewhat sore, slightly pink eye.

I printed out the money poems, money songs sheet which you may certainly download. I didn’t even use cardstock this time, although I always think that’s helpful. 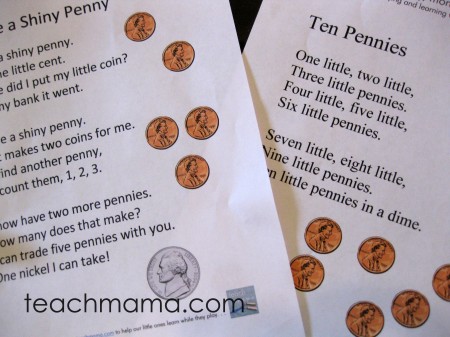 two of the poems: I Have a Shiny Penny & Ten Pennies 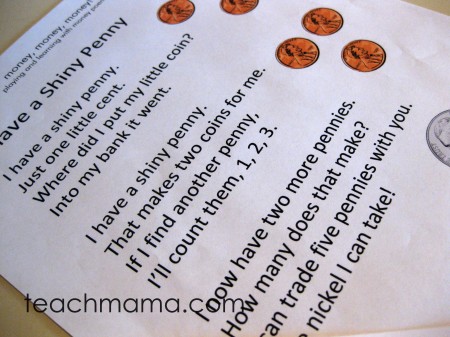 Maddy cut out the piggy bank and coins, and I cut the opening for her. Unlike her excitement over decorating the Cookie Jar Poem pieces, she wasn’t too keen on beautifying her piggy bank. She was more into preparing to ham it up for the video camera, which I brought out after she read the poems a few times to Owen, Cora, and me.

Because Maddy had read some of these poems several times already, I brought out the video camera so she could watch herself do the reading. She was pumped–ready to roll–and once the camera started recording, she got funny and nervous. We watched her read two poems, and then she said it was enough. 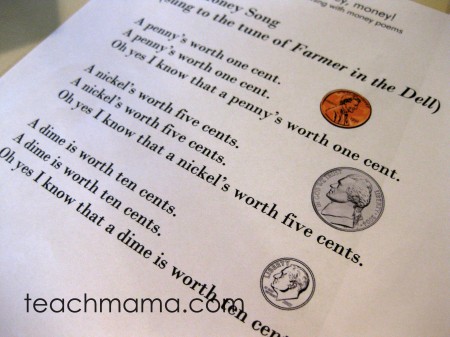 Maybe she really felt uncomfortable with how she looked or sounded; I’m not sure. Maybe it was because Cora and Owen lost interest and started making flowers and sippy cups (don’t ask) out of Tinker Toys.

Either way, I didn’t push it. I was happy to have her home, happy to have her excited about reading the poems, and happy that she was looking forward to playing with her brother and sister. (From a distance, of course, for fear of them catching her pinkish-eye.) 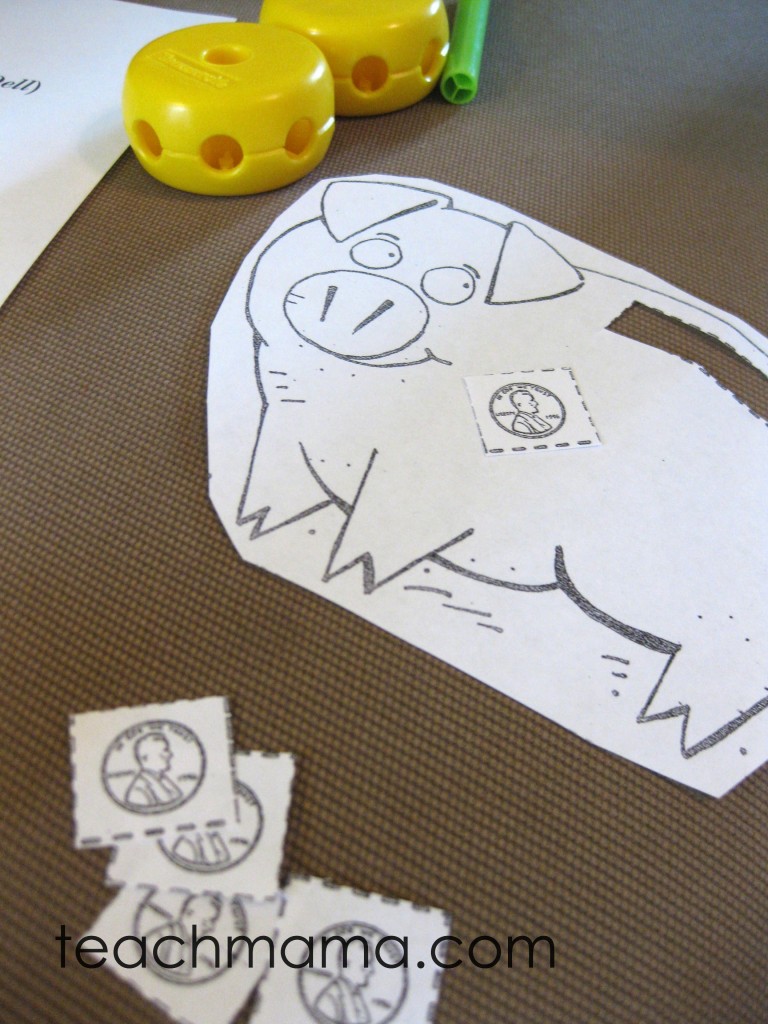 fyi: Some of these Money Poems, Money Songs I love, and some are just well, not my favorites. I’m not a fan of slant rhyme (thin/ten; coin/find), and I did take some liberties with changing punctuation or wording here and there. Be forewarned, and my apologies to the real poets, wherever they may be.

But I am a huge fan of the big re-read as an attempt to increase emerging readers’ confidence, familiarity with a text, and overall fluency. With shorter pieces, like poems and leveled texts, re-reading is especially easy and incredibly worthwhile.

It’s no secret that the best approach to supporting our emerging readers is providing them with a balanced reading program–one that promotes phonological awareness, fluency, phonics, reading comprehension strategies, and writing development on a daily basis (NICHD 2000).

Fluency is an incredibly easy element to work on at home, with our little learners, and there’s tons of cool ways of doing so. Whether it’s with a video recording, an echo read, a choral read, or reading into the ole mic, re-reading texts is important. Fluency can be increased through repeated oral reading with feedback and guidance (NICHD 2000); it’s just a matter of coming up with interesting ways of convincing our kiddos to pick up that book again. And again. And again. And then maybe one more time.

I know it’s something that I have been working on with Maddy for the last few months, and it’s something I’ll make more of an effort to share in future posts. Thanks for reading!

thanks for the inspiration:
National Institute of Child Health and Human Development (NICHD). (2000). Report of the National Reading Panel. Teaching Children to Read: Reports of the Subgroups. (NIH Publication No. 00–4754. Washington, DC. US Government Printing Office.

fyi: affililate links are used below