Our first super crazy fall week has hit us. 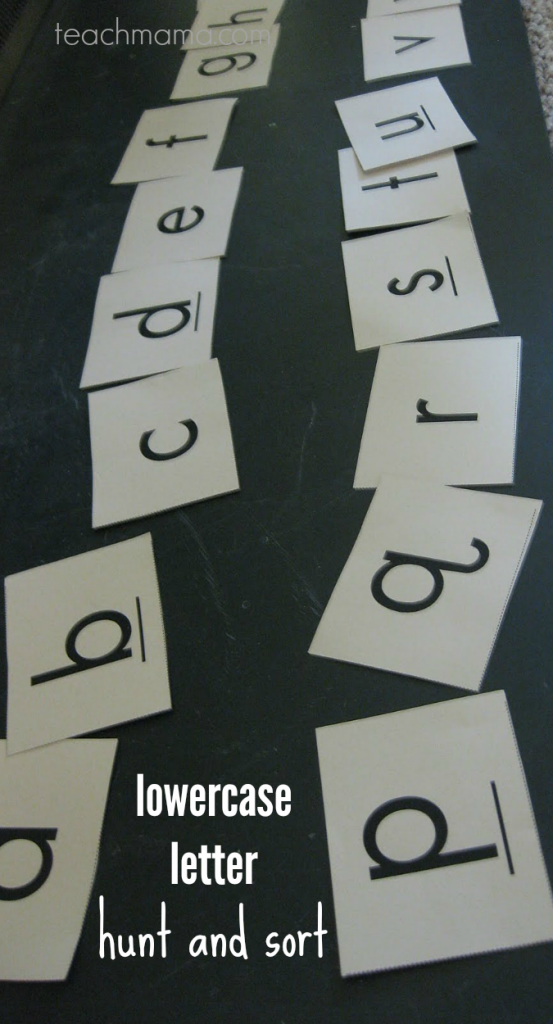 With double Back-to-School Nights, double tutoring, and meetings, on top of a mid-week trip to the Newseum to learn about some pretty awesome new video games, this one’s been a doozey. And there’s only more fun to come at the end of the week.

So we’ve been trying to take it easy and enjoy the last of our really warm afternoons outside, trying to laugh a lot, and in the end, just hold on to our sanity.

But the ole bag of Alphabet Cards have been hanging around. So Owen’s been rockin’ his lowercase letters. . .

The part of ABC Hide-and-Seek that Owen loves most is the seeking. But he also sometimes begs to do the hiding. And even though every single time he hides the cards, he hides them so well we can never find them all, I let him do it once in a while.

So when he insisted in the middle of this very nutty week–when he begged and pleaded–to do the hiding, I let him have a go.

First he had to count the lowercase letters to make sure there were 26. (We couldn’t remember if the last time we used them we found them all, and a little extra counting never hurts. Luckily, we had ’em.)

And then he hid the cards.

And of course, Cora and I couldn’t find them all.

So what should have taken us about 10 minutes max took us 20 minutes. But it felt like an hour. 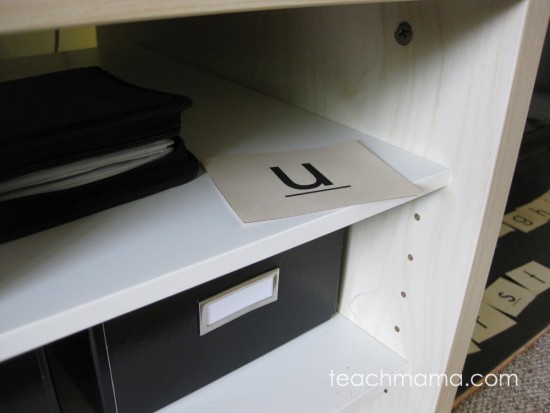 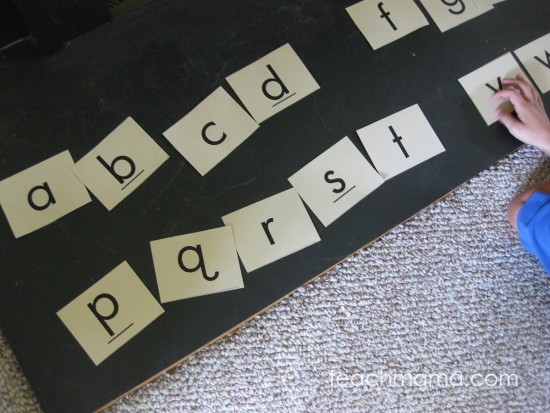 And the job was a little more difficult for him than I anticipated–and hoped. He got stuck on the traditional toughies–b, d, g and p. (Looks like I’ll have to pull out our Fun Font Sort next week!)

And when we finally–finally!–found all of the letters, we did a little jig of joy. And then we ran to let Brady out then ran to get our shoes on then ran to get our water bottles, and Owen ran to get his helmet on then he ran to grab his scooter, and Cora ran to the stroller, and I ran to the pantry for an on-the-way snack so that we could kinda sorta hopefully try to be on time to pick Maddy up from school.

And that was that. A little super-sneaky alphabet learning made for a teeny bit of time but that took waaaay too long for our day.

We should have left the cards hidden, but with our luck, Brady would have found them and called them a snack.

Do you want to grab the Alphabet Cards so you can play at home?