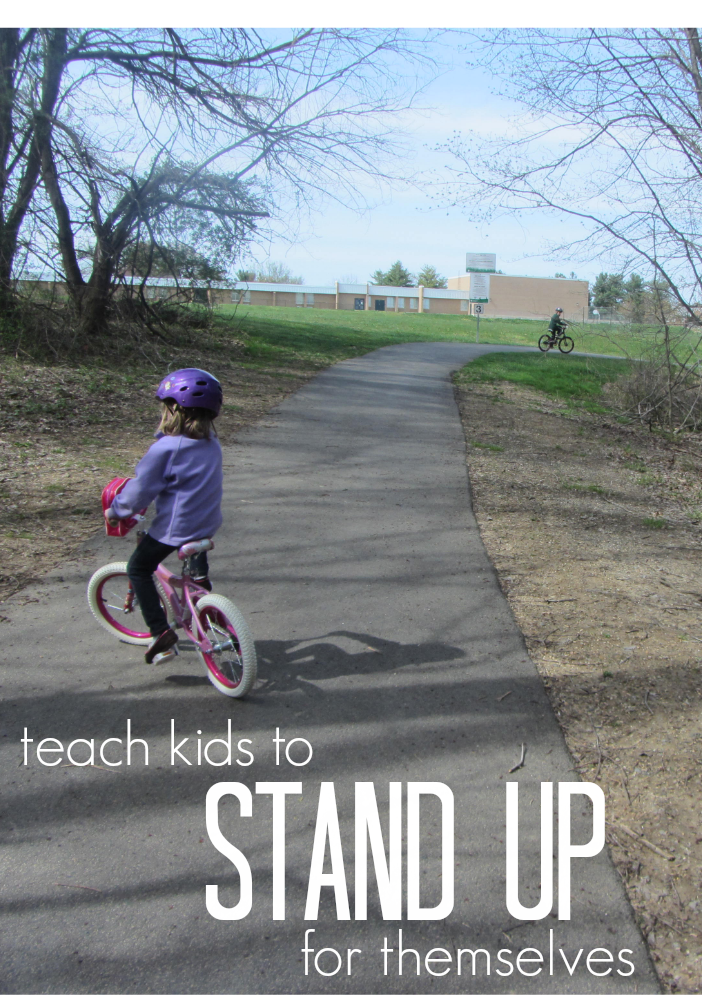 It’s been a gorgeous fall week here, so one morning, Owen, Cora, and I spent a good while at the park with our buddies.  Turns out there were a handful of 4’s and 5’s there, and Owen made fast friends playing superheroes with ‘the big guys’.

Little did I know that this seemingly eventful playdate would lend itself to a great ‘teachable moment’ –one that every kiddo needs to experience and one that every parent should find time to sneak in: a lesson on standing up for themselves.

It’s a Quick Trick because it only takes seconds to give children the words they need to build confidence and, in the long run, create better friendships.

I do, however read a ton and continually refer back to those parenting books that have found a permanent place on our shelves.  I’ve learned to take pieces from one guy and parts from another and form them into some sort of recipe for my own parenting madness. It’s not perfect, and it’s certainly a work in progress.

One person I do love and often keep close at hand is Dr. Becky Bailey’s and her whole Conscious Discipline approach. Her advice on empowering even the littlest guys by giving them the words they can use to stand up for themselves is something I really admire and often use.

So on the playground this week, when my Owen came-a-runnin’ to his mama saying that some little guy was name-calling and wouldn’t stop, I said,  What did you say to him?

I felt really sad for my uuber-sensitive boy because I knew the guys were really having a fun time zooming around the equipment, flying from buildings and saving the universe, all the while playing soccer on the side. And I knew Owen was probably really confused about why this guy was calling him a poopie-whatever-whatever.

So I said, Did you try saying ‘I don’t like it when you name call me because it hurts my feelings’? 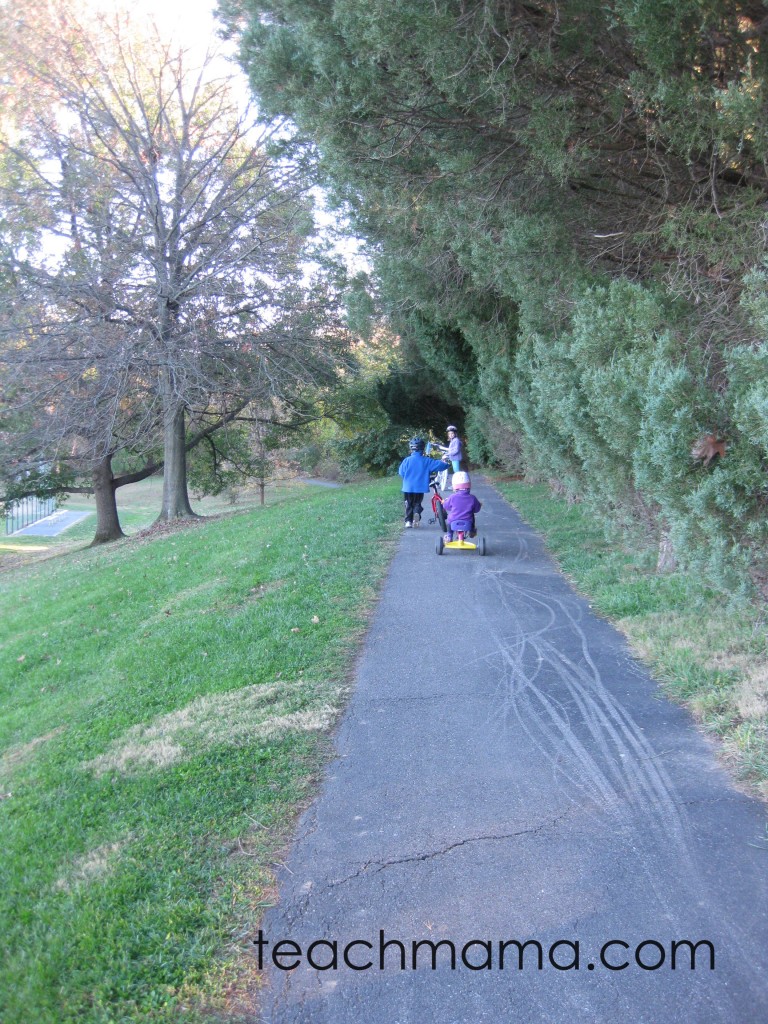 Of course I said I would, and we walked over together.  Owen bravely put his chin up and said I don’t like it when you name call me and it’s not okay because it’s not nice.

And did the rest of the conversation unravel perfectly like I wished, with the little guy saying ‘I’m sorry‘ and the two buddies slapping five and heading back to superhero world? No, not really.  Bummer.

But I can only worry about my Owen and how he handled things and hope that by sticking up for himself he felt better and more confident about the situation.  And I really think he did.

I guess my point is simple: that kids need to know that it’s okay to stand up for themselves. That if one guy on the playground says or does something that isn’t cool with the next guy, that the second guy can–and should–say something like ‘I don’t like it when you (hit me/ run away from me/ take my ball).  It makes me feel (sad/ upset/ frustrated/ angry).

There’s absolutely nothing wrong with being kids direct with their friends–even new friends–about how they’re being treated. It’s better in the long run, and although the identification of feelings is hard for little ones, it may come with time.  And there’s no arguing the way that someone makes you feel.  It’s not like saying ‘I don’t like it when you run away because you’re a big creep.‘  Even if they end their ‘I don’t like it when you (whatever) with a ‘so I’m not going to play right now’ or ‘so I’m taking a break from this game‘ it’s something.  It’s empowering because we’re teaching our kids to step into the driver’s seat, which ultimately becomes a confidence builder because our little guys–and gals–should not tolerate unkind behavior from one of their pals.

So that’s it–just a little Quick Trick teachable moment on the playground this week, thanks to a couple of 4 and 5 year old superhero soccer players.