Eggs and bacon, anyone? 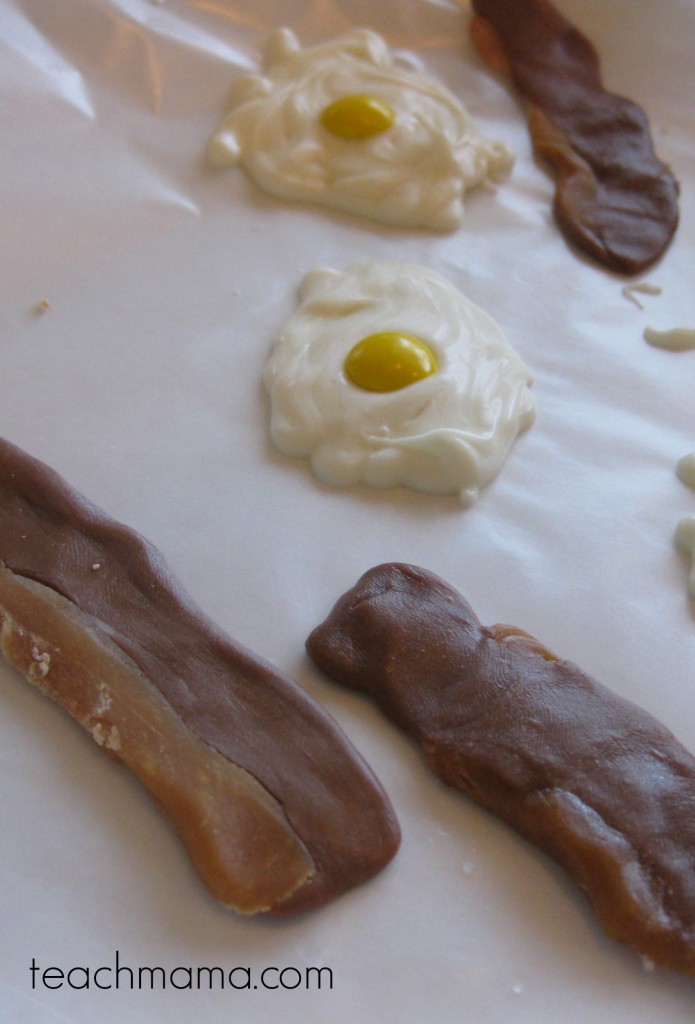 It’s April Fools’ Day, and even though I’m feeling totally under the weather today, I couldn’t resist trying to pull a fast one on my three kiddos for snack time.

So while Maddy, Owen, and Cora were outside enjoying the springtime sun, I went to work inside on a treat that was sure to trick them.

These are so easy to make, and for a sweet-tooth family like us, we had everything we needed to make them in our pantry already.

All you need are: 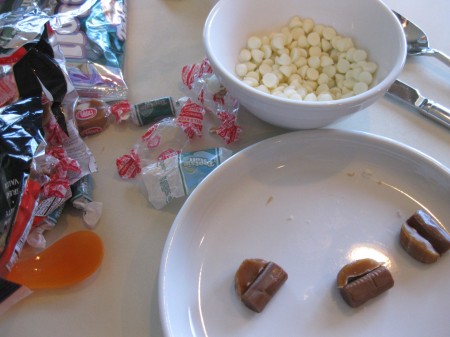 my sneaky, trick-egg and bacon supplies

I melted a handful of the white chocolate chips in the microwave then put the melted chocolate into a sandwich bag.

I clipped one end of the bag and squirted one egg-white blob on a piece of wax paper.  Then I put a yellow M & M (letter side down) in the middle as the egg yolk. 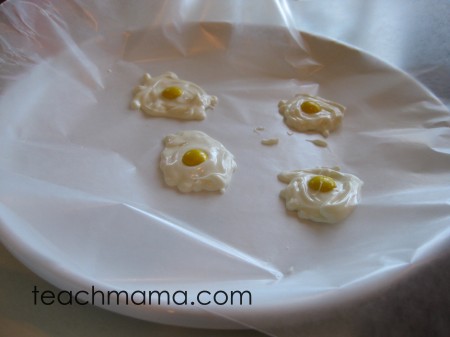 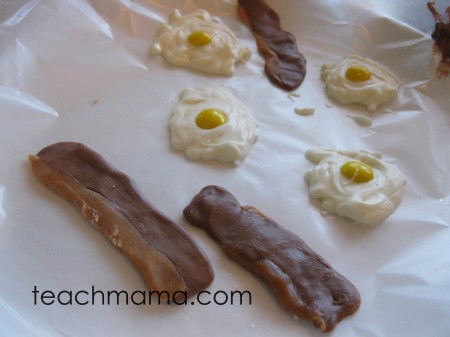 Next, I put the Tootsie Roll and the caramels in the microwave for about ten seconds, until they were melty and able to be formed into ‘bacon’.  I stretched them out and squished them on the wax paper, then I made lines on them with a knife and let them cool. 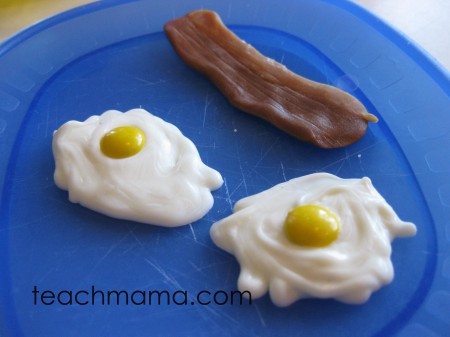 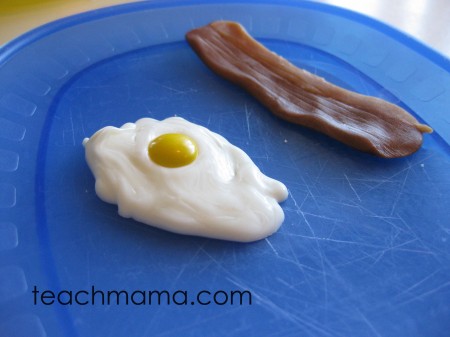 Finally, I plated the mid-morning ‘snack’ and took them out to my kids and husband.  I said in my clogged, stuffed-up voice, Anyone want a quick snack? (Of course, they looked confused when they saw eggs and bacon–not really a normal snack in our house, but it’s April Fools’ Day–the whole day’s off a bit…).

They were hungry, though, and tried to dig right into their eggs.  Ha! I got ’em!!

The giggles started after they figured out that they were tricked, and I yelled, April Fools’! 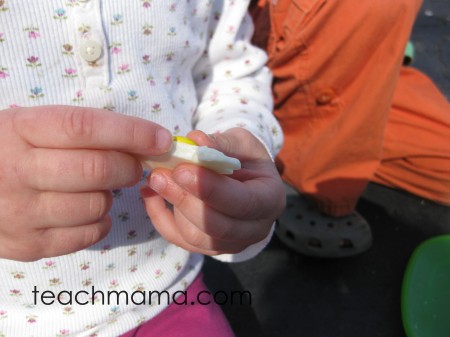 Cora is trying to figure out her April Fool’s Day egg. 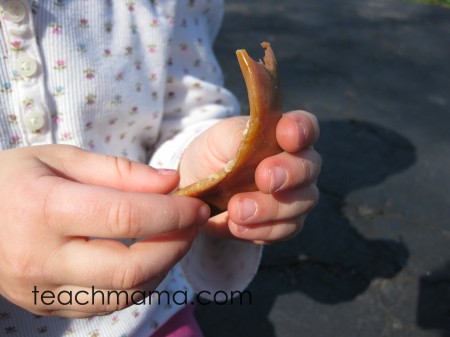 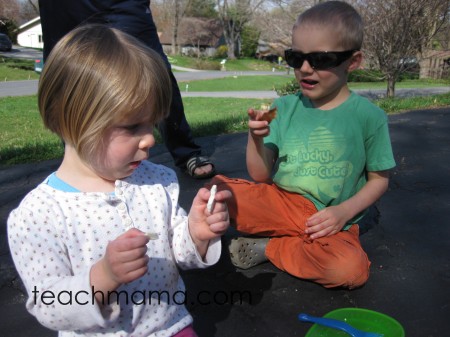 Quick! Ditch your pb & j or grilled cheese plans for lunch today and trick your kiddos into thinking they’re having eggs and bacon.  Everybody loves a good-natured April Fools’ Day gag–did you pull one of your own? Link back and let us know!

And that’s that–a really simple, but quite clever April Fools’ Trick, thanks to my most favorite magazine in the universe, Family Fun.

I’ll continue holding onto my big dream of one day being a contributor, and until then, I’ll try out their ideas and give them props every time I do.  Happy April Fools’!